Among Us gets an official Irish language translation

A number of hugely popular games have been officially received an Irish language translation for players.

Úna-Minh Kavanagh, founder of WeAreIrish.ie and successful live stream gamer, spearheaded the project of translating Among Us with three more Gaeilgeoirí, with the team based out of Ireland, Norway, and New Zealand.

END_OF_DOCUMENT_TOKEN_TO_BE_REPLACED

Kavanagh had the following to say about the project:

"I was approached by Callum from Robot Teddy, the consulting firm supporting Innersloth [who developed Among Us] after I made a statement on Twitter asking for Irish to become an official part of the game, and with the enthusiastic support we got from him, our team got set up with NDAs and began work on the translation."

Mark Drinkwater, another member of the team working on the translation, reckons it could be a fantastic teaching tool:

"Games provide an enjoyable way to learn languages. Players have to intake information that they then have to react to and interactivity facilitates faster learning. And games are fun, so it's not a drag."

END_OF_DOCUMENT_TOKEN_TO_BE_REPLACED

Another translator, Cormac Cinnsealach, speaks to the landmark it represents:

"Irish is a language with a large and growing minority, but it’s ignored in current affairs, especially in the case of technology and modern media. The translation of Among Us is the first significant translation ever made in Irish for a very popular game. It is a cultural victory for the Irish community."

And finally, Brian C. Mac Giolla Mhuire - who lives in Norway but is from Canada - noted the difficulty of learning the language:

"Born and raised as I was in Canada when I first started to learn Irish, I found it difficult as there were few resources available, this lack led me to translate games into Irish to practice, with the benefit that, once translated, I could then play them in Irish.

END_OF_DOCUMENT_TOKEN_TO_BE_REPLACED

"Games have long been a hobby of mine, and I think it is an excellent route to encourage the use of the language - it’d be great to have a variety of games available, but to have a game as accessible and widely played as Among Us available as Gaeilge, now that’s what I’d call a step in the right direction!"

On top of Among Us, plenty of other big games are getting an As Gaelige sheen, including: Minecraft, PUBG, If Found..., Dicey Dungeons, and Dangerous Dave in the Deserted Pirate's Hideout.

All of the Irish translations are available across the gaming platforms from today. 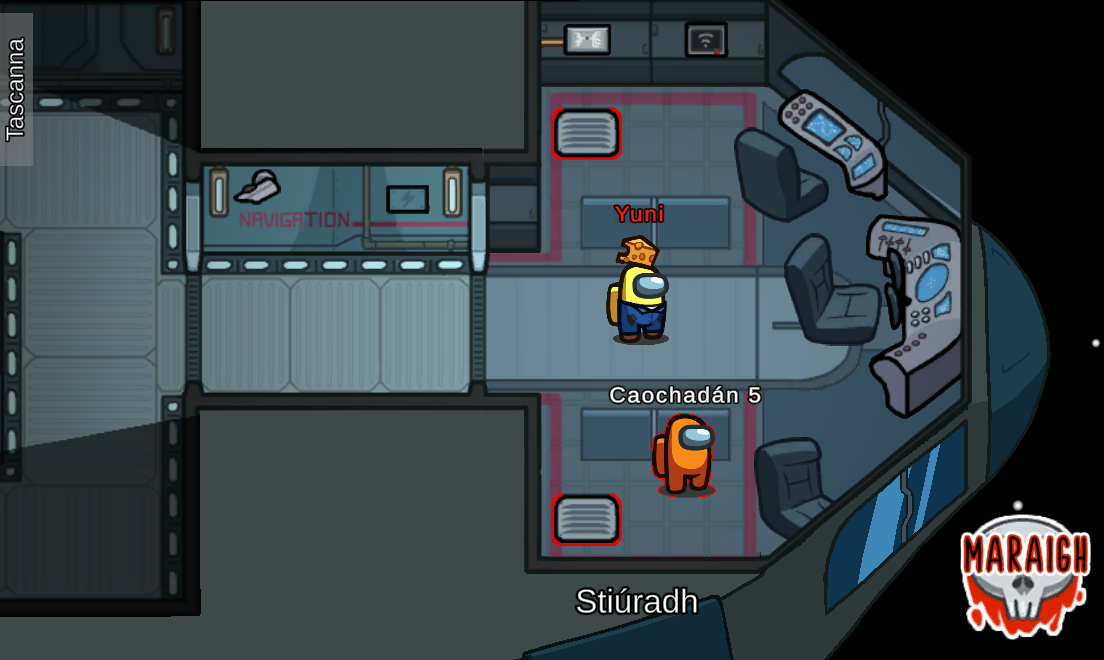 popular
The JOE Friday Pub Quiz: Week 296
Lidl to launch its second 'reverse vending machine' in Ireland next week
The 2 Johnnies share unbelievable catfish ordeal affecting over 40 people
Members of Irish Guards unit arrested for dealing cocaine days before Platinum Jubilee parade
Here are all the chippers taking part in National Fish and Chips Day
Bruce Springsteen adds extra Dublin date due to demand
Late Late announces familiar looking line-up for bumper 60th birthday celebrations
You may also like
2 weeks ago
Two of 2022's biggest, most-anticipated games have been pushed back to 2023
2 weeks ago
JOE Gaming Weekly - Streets Of Rage fans might love this week's big new release
2 weeks ago
WATCH: New gameplay footage from Gotham Knights looks absolutely incredible
3 weeks ago
JOE Gaming Weekly - FIFA cross-platform play is on the way
3 weeks ago
The free subscription games coming to PlayStation and Xbox in May
4 weeks ago
JOE Gaming Weekly - We've got the release date for the new PS Plus service
Next Page