Some of the greatest games of the modern era.

Released in August 2009, Batman: Arkham Asylum quickly became recognised as one of the greatest superhero video games of all time, scoring 92% on Metacritic and paving the way for consoles to tell superhero (and super villain) stories in a fantastic and unique way.

Then came Batman: Arkham City in October 2011, which took the Dark Knight out of the confines of the mad-house and let him roam around entire sections of Gotham that had been converted into a supermax prison. This sequel scored an even-more-impressive 96% on Metacritic.

END_OF_DOCUMENT_TOKEN_TO_BE_REPLACED

Batman: Arkham City arrived in June 2015, and while it didn't quite reach the giddy heights of the first two (87% on Metacritic), the plot involved the Scarecrow turning all of Gotham's citizens into fear-fuelled serial killers and was hugely memorable.

All eyes have been on developers Rocksteady to see what they'll do next (there is a persisting rumour that they're working on a Justice League game), but before then, they have confirmed that the Arkham Trilogy will be getting a steelbook re-release on the PS4.

All three games will be made available in one beautiful package (check out that fancy case below), and fans of Arkham Origins will be left wanting, as the good-but-not-great prequel wasn't developed by Rocksteady, so it won't be included here.

As per the Amazon description, fans can expect the "Batman: Arkham Collection to bring you the definitive versions of Rocksteady's Arkham trilogy games, including all post-launch content, in one complete collection.

The Batman Arkham Collection Steelbook Edition will be available from Friday 6 September. 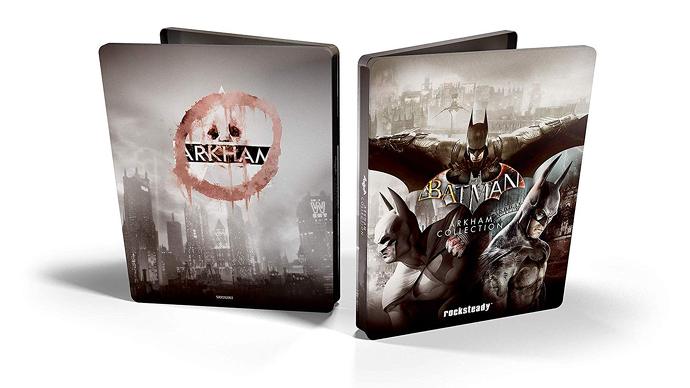 popular
Schools and third level institutions to remain closed in counties affected by orange or red weather warnings
These are the most generous counties in Ireland, according to GoFundMe
Dart+ West reaches "crucial milestone" on road to transforming Dublin rail network
Woman in her 90s dies following road crash in Clare
Schools affected by Storm Barra expected to reopen tomorrow, says Minister
Amazon Prime Video has quietly added 8 big new movies to its library
A fun action flick with Nicolas Cage is among the movies on TV tonight
You may also like
6 months ago
Returnal is either the best game or the worst game of 2021, depending on what type of gamer you are
7 months ago
New study shows Ireland among the world's top video game cheaters
9 months ago
WATCH: The first trailer for Aliens: Fireteam has arrived
11 months ago
KFC has launched a games console with a built-in chicken warmer
1 year ago
Assassin’s Creed Valhalla review: The best in the series so far
1 year ago
PlayStation 5 review - A giant leap forward in video game consoles
Next Page