Press X to stand in the corner.

Microsoft held their annual E3 conference on Sunday night, with many blockbuster gaming announcements on the agenda.

One such surprise twist concerned the much-hyped Cyberpunk 2077, which boasted a new trailer with a very familiar Hollywood superstar popping up at the end:

END_OF_DOCUMENT_TOKEN_TO_BE_REPLACED

If the sudden appearance of Keanu Reeves wasn't wacky enough, the man himself strutted onstage at the conference to announce the release date of the game in wacky fashion.

Before that, though, onlookers were treated to a trailer for a new first-person survival horror game in the vein of Resident Evil 7 and Alan Wake.

In fact, many watching - including the Giant Bomb lads - thought that the game was an Alan Wake sequel.

But, if you're a fan of a certain horror phenomenon from 1999 and caught the mention of a child going missing in the 'Black Hills' at the start of the trailer, you got it in one.

A ghostly figure standing in the corner of a derelict house at the end confirmed it - yep, we're getting a brand new Blair Witch game. 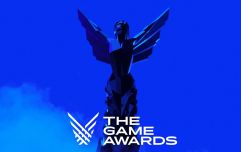 The six nominees for Game Of The Year have been announced

END_OF_DOCUMENT_TOKEN_TO_BE_REPLACED

This isn't the first time that the property has appeared in the gaming world; a string of PC games arrived not long after the original film, though they're best regarded as cult hits, if anything even approaching that.

And of course we've had attempts to continue the Blair Witch legacy in the form of a pair of pretty woeful sequels - that most recent one had so much promise, damn it - so one is forgiven for being sceptical about this.

Check out the trailer below, and roll on 30 August when this thing drops.

popular
Woman killed in Clare crash named as Peggy Twomey, mother of Marty Morrissey
Amazon Prime Video has quietly added 8 big new movies to its library
These are the most generous counties in Ireland, according to GoFundMe
An underseen Keanu Reeves adventure is among the movies on TV tonight
"Absolutely no follow-up" on contact tracing in nightclubs and live venues
The 50 most iconic songs of all time* have been revealed
A fun action flick with Nicolas Cage is among the movies on TV tonight
You may also like
10 months ago
Microsoft to create 200 jobs in Dublin
1 year ago
Microsoft announce 200 new jobs coming to Dublin
1 year ago
Microsoft Outlook users around the world affected by technical issues
1 year ago
Microsoft reveals what Xbox Series S looks like and how much it will cost
2 years ago
Microsoft's four-day work week in Japan resulted in 40% increase in productivity
2 years ago
Microsoft announces new foldable Surface Duo phone (but don't call it a phone)
Next Page