NSF-PS4. Or Xbox One for that matter.

Some games just seem to be a massive magnet for controversy.

You know how every time a new Grand Theft Auto game comes out, and some politicians and some journalists will be quick to associate the game's senseless violence with potentially causing an uptick in violence in the real world. 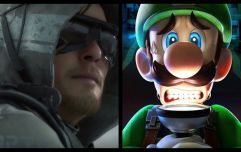 END_OF_DOCUMENT_TOKEN_TO_BE_REPLACED

Well, while the Dead Or Alive series is neither as popular or as attention-grabbing as GTA, it has always had a troubled past with how it dealt with the female characters.

Fans and publishers alike had hoped that the upcoming Dead Or Alive 6 would fix that problem, and present the men and women in the fighting game on an equal standing.

Then, on Friday, there was a live-streaming event of the new game, presented by the game's producer, who was flanked on either side by two models in barely-there, torn-clothing. While waiting for the game to load, the two models spanked each other, and attempting to "bounce their breasts like they do in the game". So... not a great start for the more mature direction so far.

Then, once the producer got into the game itself, he paused it during a maneuver in which a male and female character were fighting, but the paused image looked like an explicit sexual position. He then revolved the camera around the move to get a better look, before the promoters of the event suddenly pulled the feed from the internet. 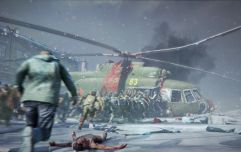 END_OF_DOCUMENT_TOKEN_TO_BE_REPLACED

A now-deleted tweet by the head of the event stated that "The DOA ad that aired on our stream does not reflect the core values of EVO or the FGC. We ended the stream temporarily to protect the integrity of the brand. We sincerely apologize to our fans."

When the stream came back a few minutes later, the event's director of global business development Mark Julio doubled down on the apology:

"I just wanna get on stream and apologize on behalf of the Evolution Championship Series. The stuff that was on stream just recently from one of our partners does not reflect, of course, the content and intention of Evo. We do apologize if we offended anyone during the broadcast."

Should you be interested, Dead Or Alive 6 is due to land on PS4, Xbox One, and PC on Friday 1 March.

To get a better look at what the rest of the game might actually be like, check out the trailer right here: