WATCH: Death Stranding releases new trailer that finally reveals some of the plot

There is also a bit where if you look at the lead character's crotch for too long, he punches you in the face. So... there's that.

We've had an eye on this for a while now.

When the guy who is best known for the brain-melting weirdness of the Metal Gear Solid series, as well as the sadly cancelled Silent Hills game, announces that he's bringing us something so huge and unique and singular in its vision, well, you sit up and take notice. 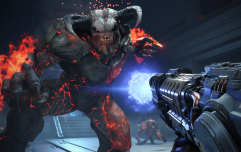 END_OF_DOCUMENT_TOKEN_TO_BE_REPLACED

We've had a few trailers here and there for the past year or so, but no real understanding of what the plot of the game actually was, but now, thanks to the new briefing trailer below, we finally have a handle on it. Kind of.

Set in a future where the USA has been torn apart by "walls" (subtle), you play Sam Porter Bridges (Reedus), who has been assigned by what is left of the government to attempt to reconnect the people of different cities across the country and rebuild the country as a whole.

Apparently, these same connections can be made with other players in the game, although exactly how that plays out, we're not fully sure of just yet. 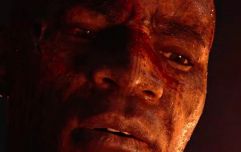 WATCH: Diablo IV is officially on the way, and the first footage is... violent

END_OF_DOCUMENT_TOKEN_TO_BE_REPLACED

Of course, it doesn't end there, as anyone who has been keeping up with Death Stranding and the oddness of carrying around an unborn psychic baby in a vase that has been a part of it since we first heard about the project.

Nope, off the back of Tokyo Games Week, even more footage was released, including this scene where Sam Porter Bridges is getting some kind of post-mission check-up, and if you (as in, you, the player) keep making the camera close in on his crotch, he'll eventually get annoyed and stand up and whack you in the face.

Death Stranding is released on the PS4 on Friday 8 November.

popular
Steven Avery's lawyer says nephew Bobby Dassey planted evidence in case
Beware of the very clever WhatsApp hack that is locking Irish users out of their accounts
US to pause use of Johnson & Johnson Covid-19 vaccine "out of an abundance of caution"
Irish Erasmus students to have cost of hotel quarantine covered by the State
The 50 most iconic songs of all time* have been revealed
JD Sports to open warehouse in Ireland this year after Brexit-related disruptions
Marvel's shows on Disney Plus are giving great actors the chance to give great performances
You may also like
5 days ago
Record-breaking trailer views indicate massive hunger for return to cinemas
5 days ago
The first Ghostbusters: Afterlife clip features Paul Rudd and some mini-Stay Puft men
6 days ago
WATCH: Batman: The Long Halloween trailer takes a look at one of his most famous cases
2 weeks ago
WATCH: The Suicide Squad are back with a very sweary, extremely violent trailer
1 month ago
WATCH: An all-star cast feature in new Irish thriller Here Are The Young Men
1 month ago
WATCH: Line of Duty Season 6 trailer hints at a big reveal for the show
Next Page