Sure, every now and again we'll get a standout FPS like BioShock or Dishonored, but it does feel like the genre can easily stagnate into pretty-but-repetitive war simulators – Call of Duty, Battlefield) – that are a million times more concerned with online multiplayer mode than the minimal single player missions.

END_OF_DOCUMENT_TOKEN_TO_BE_REPLACED

So, it does feel great when something like Deathloop arrives (admittedly, from the same folks behind the Dishonored series), which manages to take some elements from other, hugely popular games, but rearrange them into an almost entirely original configuration.

Perhaps most importantly, the game is hugely focused on the single-player experience, crafting a well-written, brilliantly-presented story and campaign, one that forces you to use your brain to figure it all out, going beyond the usual mission perimeters of 'kill everything that moves and sort out the mess afterwards'.

You control Colt, an amnesiac waking up on the beach of a practically frozen (in temperature) island that also seems to be somewhat frozen (in time), with a massive device allowing inhabitants to relive the same day over and over again, even if they happen to die over the course of that day.

END_OF_DOCUMENT_TOKEN_TO_BE_REPLACED

Which you will. You will die. A lot.

The island is filled with armed goons, and your mission is to figure out the source of your amnesia, the mystery behind the time loop AND assassinate eight specific targets across the island, all of whom hold a key to furthering your understanding, as well as unlocking new abilities that will be invaluable in completing your to-do list.

And then there is Julianna. Constantly in your ear with a snide remark about how you've done all of this before, she hovers over your missions, a constant threat of death as she is, simply, a more proficient killer than you are. And you're her only target.

Outside of the single-player mode, Deathloop's multiplayer allows you to control Julianna yourself and drop into other player's games, and take them out as they control Colt during their missions. 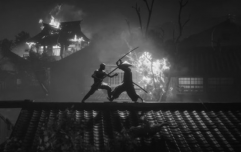 END_OF_DOCUMENT_TOKEN_TO_BE_REPLACED

The island is split into four districts. Each district has different targets, missions and enemies depending on which of the four times of the day you visit – Morning, Noon, Afternoon, Night. You'll need to mix up stealth, guns-out blazing, parkour, acquired abilities and different gadgets to make the most of your plans of attack.

The vibe is very much Dishonored meets BioShock, the latter feeling more prevalent through the game's quirky setting and well-written campaign.

The "kill them your way" options feels like someone has been taking notes from Hitman, while the threat of death – and losing all of your acquired weapons and gadgets if you die too many times in one day, forcing you to restart back at the frozen beach – has an air of Dark Souls about it.

But the combination of these elements, mixed with Deathloop's own unique energy, means you've never played anything quite like this before, and considering just how fun this actually is to play, recommendations rarely come much higher than that.

Deathloop is available right now on PlayStation 5 and PC, and will be made available on Xbox Series X and other platforms some time in 2022.

popular
Amazon Prime Video has just added 21 big movies to its library
Netflix has just quietly added 12 big movies to its library
Seven more suspected cases of unexplained hepatitis in Ireland under investigation
Couple injured after alleged homophobic attack in Dublin
Gardaí investigating firearm being discharged near film set in Donegal
10 men arrested in connection with alleged League of Ireland match fixing
Dáil passes motion to secure public ownership of National Maternity Hospital site
You may also like
1 week ago
WATCH: New gameplay footage from Gotham Knights looks absolutely incredible
1 week ago
JOE Gaming Weekly - FIFA cross-platform play is on the way
2 weeks ago
The free subscription games coming to PlayStation and Xbox in May
2 weeks ago
JOE Gaming Weekly - We've got the release date for the new PS Plus service
3 weeks ago
The new Saints Row might be the most customisable game ever made
3 weeks ago
Nostalgia fans unite! The first four Sonic games are getting a next-gen re-release
Next Page