This XI would take some beating.

The lack of a World Cup or a European Championships always leaves something of a void for football fans on this side of the world, but even without them, 2019 was a spectacular one on the pitch.

END_OF_DOCUMENT_TOKEN_TO_BE_REPLACED

Liverpool winning a sixth Champions League title and building up what looks like an unassailable lead in their quest for a first Premier League title in three decades.

Manchester City narrowly pipping them to the title in May.

The return of Jose Mourinho and Carlo Ancelotti to the Premier League and the struggles of traditional giants Manchester United and Arsenal.

END_OF_DOCUMENT_TOKEN_TO_BE_REPLACED

Those are just some of the main talking points from the last 12 months, a period decorated by some remarkable individual performances that have gained deserved recognition in the FIFA 20 Team of the Year.

Millions of fans from all over the world picked the starting XI, having chosen from a shortlist of 55 players nominated by EA SPORTS based on their real-world performance.

Each voter got to pick three attackers, three midfielders, four defenders and one goalkeeper in a 4-3-3 formation to decide on their Ultimate XI, with the players with the most votes in each position earning their spot on the 2020 EA SPORTS FIFA Team of the Year.

And what a team it is… 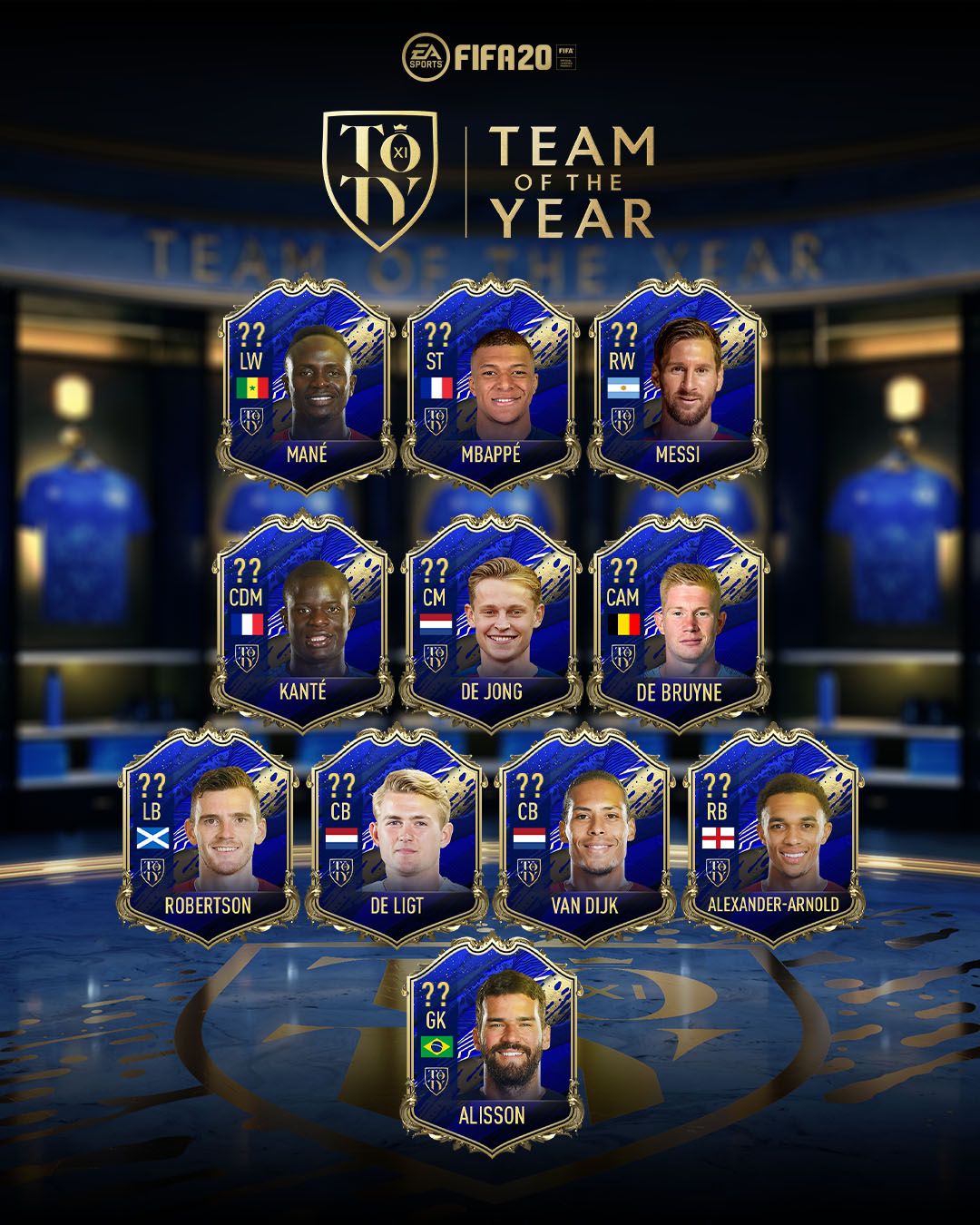 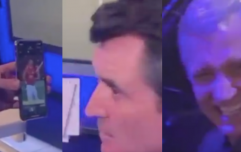 END_OF_DOCUMENT_TOKEN_TO_BE_REPLACED

Think about how much damage a side like this could do. Andy Robertson and Trent Alexander-Arnold cause enough havoc for defences as it is, imagine if Lionel Messi and Kylian Mbappé were on the other end!

Add to that the fact that no one is getting past a combination of Van Dijk, De Ligt, and Allison, and you've got the kind of team that is nigh unbeatable. That's before you even start to think about what kind of damage Kevin De Bruyne could do if paired with Kanté and De Long.

Stay tuned in-game for special TOTY Player Items to be released in FUT Packs for a limited time in FIFA 20 Ultimate Team. Starting today, fans can vote for the 12th player to join this list in-game.

Check out EA SPORTS FIFA on Twitter for more details, including player ratings revealed throughout this week.

*You could also just pick up a controller and play FIFA Ultimate Team.

FIFA Ultimate Team (FUT) is an online game on FIFA. Gamers build their team by buying packs of players and then play against other gamers online. Download these packs to get your hands on these players on FIFA Ultimate Team.