Some very special guests are expected to attend.

Tens of thousands of attendees from around the world are expected to descend upon Dublin in September for European Games Week (EGW).

Running from Monday 16 to Sunday 22 September, EGW will take place in Croke Park, with a number of huge events planned, including what is predicted to be Ireland's largest ever Fortnite event, which has been described as follows: 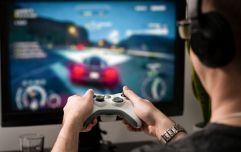 END_OF_DOCUMENT_TOKEN_TO_BE_REPLACED

Outside of that, lead voice actors from Final Fantasy, Nier Automata, and Devil May Cry will be on hand to meet fans and answer questions, and there will also be a "Resident Evil Pub Crawl with lead actors from the game", which sounds all kinds of awesome.

AND... augmented reality dodgeball! Yes, there will be an installation present by the folks at Hado, and it will allow you to play some rounds of dodgeball, but not dodgeball as you know it...

There will also be roaming VR, arcade game set-ups, ESports, cosplay, and an over-18's section with a full bar.

For more information on the EGW, as well as details on tickets, head right here.

popular
The JOE Friday Pub Quiz: Week 242
Kate O'Connell lays into Fine Gael in explosive Claire Byrne interview
Penneys shopping by appointment booking portal is now live
Status yellow rain warning issued for Cork and Waterford ahead of miserable-looking weekend
Brawl erupts between Floyd Mayweather and Jake Paul at press conference
The 50 most iconic songs of all time* have been revealed
Sunday Independent terminates columnist's contract after discovering fake Twitter account
You may also like
2 months ago
WATCH: The first trailer for Aliens: Fireteam has arrived
4 months ago
KFC has launched a games console with a built-in chicken warmer
5 months ago
Assassin’s Creed Valhalla review: The best in the series so far
6 months ago
PlayStation 5 review - A giant leap forward in video game consoles
6 months ago
NBA 2K21 looks like it's going to be the sporting game of the year
6 months ago
There is an incredibly easy speed glitch in FIFA 21
Next Page