More like "God of Awh, give us more details!"

Released on 20 April 2018, the rebooted God of War went on to become a critical and commercial success, winning multiple End of Year awards.

JOE even named it as best game of 2018 (sorry, Red Dead 2 and Spider-Man!), but it really is a fantastically well put together experience.

END_OF_DOCUMENT_TOKEN_TO_BE_REPLACED

We've known for a while that there were multiple sequels in the pipeline, but exactly how they'd play out, especially after that teasing, cliffhanger-y ending, had left us with A LOT of questions.

This week, to celebrate the one-year anniversary of the game's release, Sony have released some freebies, including some avatar sets and themes.

Specifically though, this new theme is the one that some folk have been paying a lot of attention to: 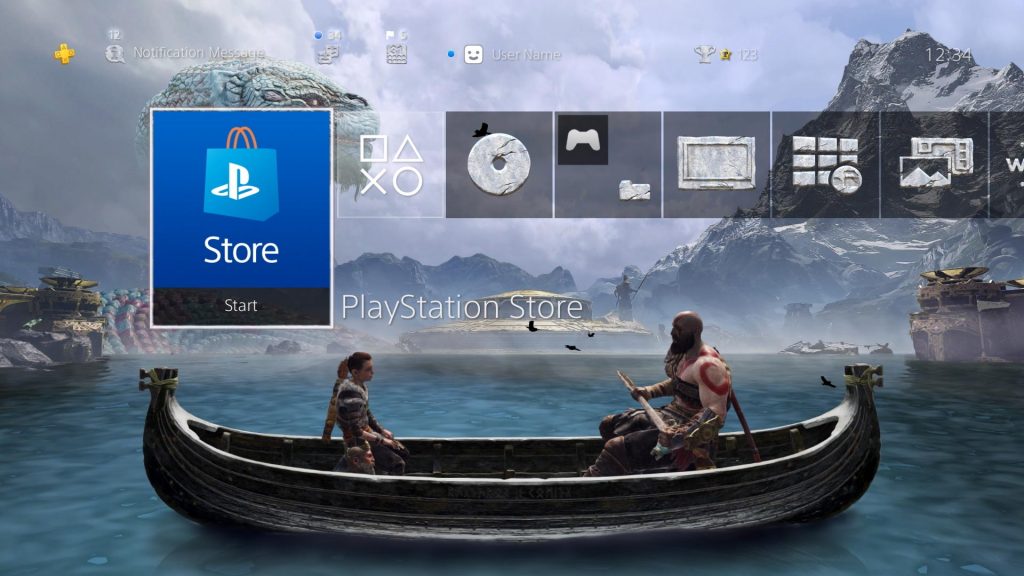 On the side of the boat, there are some new ruin-y symbols, and someone on Reddit has translated them from Norse to English:

While most people only know that as the subtitle to a Thor movie, it does involve pretty much the same story: a huge battle between the most powerful creatures in the world, resulting in the end of the road for several Norse gods.

END_OF_DOCUMENT_TOKEN_TO_BE_REPLACED

Which is pretty much par for the course for Kratos, considering that during his original run as an Ancient Greek God-smasher, he was often known for making immortal beings very, very mortal.

God of War's director took to Twitter this week to announce that the anniversary wouldn't end with just these goodies though, and since the actual anniversary is on Saturday, we should probably keep an eye out for a full-on sequel announcement...

Just so no one gets the wrong idea - there is no DLC coming for the game. Sorry.

popular
One of the best action movies of recent years is finally available to watch at home
The JOE Movie Quiz: Week 138
QUIZ: Give this General Knowledge Quiz a whirl
QUIZ: Can you name every Batman actor in three minutes?
Irish employers urged to "take time" when lifting workplace restrictions
The JOE Friday Pub Quiz: Week 278
Lisa Fallon praised as she opens up about terrifying ordeal on Late Late
You may also like
8 months ago
Returnal is either the best game or the worst game of 2021, depending on what type of gamer you are
8 months ago
New study shows Ireland among the world's top video game cheaters
10 months ago
WATCH: The first trailer for Aliens: Fireteam has arrived
1 year ago
KFC has launched a games console with a built-in chicken warmer
1 year ago
Assassin’s Creed Valhalla review: The best in the series so far
1 year ago
PlayStation 5 review - A giant leap forward in video game consoles
Next Page