There had been strong rumours that arguably the biggest game of 2022 was going to be pushed back to 2023...

2018's God Of War surprised everyone by completely upending the action game franchise we already knew and loved, turning it into a jaw-droppingly beautiful, visceral and impressively emotive campaign, remaining one of the greatest games of recent years.

Ever since the final moments of that game, fans have been anticipating the sequel, and all eyes have been on the potential release date for God Of War Ragnarök.

END_OF_DOCUMENT_TOKEN_TO_BE_REPLACED

There had been rumours that the sequel would launch in early September, but during the Summer Games Fest this week, PlayStation revealed that the PS5-upgraded re-release of The Last Of Us Part I would be launched on Friday, 2 September...

There had also been strong rumours that the game would be pushed back entirely to 2023 (having already been delayed from its initial 2021 release), but a new report from Bloomberg suggests that fans could still be seeing a pre-Christmas release for Ragnarök.

The report states that the game will be released in November of this year, with the formal release date announcement to take place later this month. 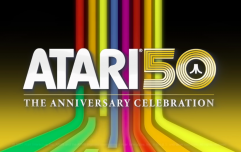 END_OF_DOCUMENT_TOKEN_TO_BE_REPLACED

There had been a lot of silence around the game since the PlayStation Showcase footage was released in late 2021, which is usually a sign that delays are imminent, but a recent age rating by South Korea (18 and over, in case you were wondering) would mean that they were shown a relatively completed version of the game.

Following a bit of a big release draught this summer, having both God Of War Ragnarök and the PS5 remaster of The Last of Us Part I to look forward to in just a few months already has us looking forward to a strong winter of gaming.

Check out the most recent gameplay trailer for the God of War sequel right here:

popular
QUIZ: It's time for one of our trickiest General Knowledge Quizzes yet
The JOE Movie Quiz: Week 161
Landlords must give longer eviction notice periods under newly passed legislation
QUIZ: Can you get 100% in JOE's great big halfway through 2022 quiz?
The 24 biggest movies still to come to cinemas in 2022
An underappreciated sci-fi blockbuster is among the movies on TV tonight
Jordan Peterson suspended from Twitter over Elliot Page comment, says he won't apologise
You may also like
3 days ago
JOE Gaming Weekly - Why you should avoid the new Blade Runner game
4 days ago
Fan remakes Simpsons: Hit and Run as open-world game and it looks amazing
5 days ago
The top 5 must-play games of 2022 so far
1 week ago
JOE Gaming Weekly - The new Teenage Mutant Ninja Turtle game is a pure hit of nostalgia
1 week ago
One of the best party games of recent years is now available for free
2 weeks ago
JOE Gaming Weekly - Get ready for more Resident Evil Village
Next Page