You could almost say it looks... magical.

There is no denying the massive popularity of the Harry Potter franchise.

Between books, movies, and theatre, it's easily one of the biggest pieces of media of all time. 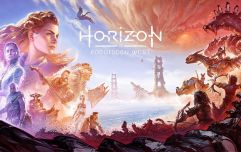 END_OF_DOCUMENT_TOKEN_TO_BE_REPLACED

But one area that the series has been lacking in is the wizarding world of video games.

That's not to say there hasn't been some games on consoles; in the day of the movie tie-in, you'd be sure to see a Harry Potter game based on the film of the year.

Although, let's just say that some of them were not exactly the magical experiences gamers were hoping for.

Hagrid on the original Playstation haunts our dreams to this day. 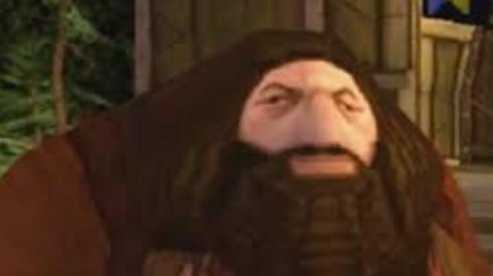 END_OF_DOCUMENT_TOKEN_TO_BE_REPLACED

Anyway, Avalanche Studios, the company behind excellent licensed games such as Disney Infinity and Toy Story 3 have been tasked with bringing Hogwarts to life in the new game, Hogwarts Legacy.

While the game will be available on multiple consoles, Playstation were the first to show off gameplay for the new title, and it looks excellent. 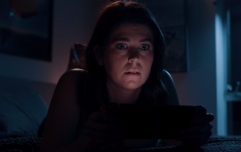 END_OF_DOCUMENT_TOKEN_TO_BE_REPLACED

The game is set in the 1800s, long before the time of Harry Potter and Voldemort's battle between good and evil.

You start the game by creating your own character, before being sorted into one of the four houses of Hogwarts.

You get stuck into classes immediately, as you're entering the school following a mystery traumatic event.

Rumours of a goblin rebellion are abound, and it looks as though your character is more than just a late entrant into the school system.

You can cast spells, mix potions, encounter fantastic beasts, ride around on a broomstick, and explore all the secrets that Hogwarts has to offer.

You can even go beyond the castle walls, exploring towns and the surrounding countryside to fully engross yourself in the world.

Hogwarts Legacy is set to release on Playstation 5, Playstation 4, Xbox Series X/S, Xbox One, Nintendo Switch, and PC in late 2022.

popular
An action-packed thriller is among the movies on TV tonight
Gardaí unveil new Armed Support Unit vehicles to replace older models
Bus Éireann’s service from Dublin to London will restart this week
Temperatures to hit highs of 25 degrees as summer set to finally arrive
Leo Varadkar slams allegations made by "sworn political opponents" after DPP ruling
WATCH: Protester interrupts Good Morning Britain with 'Bye Bye Boris' song
Irish woman saved man's life ahead of Ireland All Blacks clash
You may also like
1 hour ago
Paul Rudd sends heartwarming letter and gift to bullied fan
2 hours ago
QUIZ: The Ultimate Thor Quiz
2 hours ago
A serial killer thriller with 100% on Rotten Tomatoes and 5 more movies & shows to watch this weekend
18 hours ago
Taika Waititi reveals the directors he'd love to see make an MCU movie
1 day ago
One of the most talked about movies of 2022 finally has an Irish release date
1 day ago
5 must-watch shows and movies arriving on NOW in July
Next Page