Finally, a video game that lets you play as Jesus Christ

Christmas is close, so it's time to embrace the true meaning of the season - Jesus Christ and the numerous sacrifices that he made for us.

That's what it's all about, right? Forget presents and nights out and movies by the fire and emotional airport reunions; divine worship is key.

END_OF_DOCUMENT_TOKEN_TO_BE_REPLACED

To wit, a brand new video game has caught our eye, one in which you get to play as Christ himself, going through the various important stages of his - His? - life.

I Am Jesus Christ appears to do exactly what it says on the tin as per the official launch trailer below:

END_OF_DOCUMENT_TOKEN_TO_BE_REPLACED

The first-person adventure will be exclusive to Steam users and is based on stories from the New Testament.

An official synopsis invites you to "become Jesus Christ, the most famous man on Earth" in what is described as a "highly realistic" simulation of the Christ experience.

Furthermore, the game promises the chance to pray in order to achieve superpowers, perform famous miracles and get involved with casting out demons, healing sick people and achieving resurrection.

You'll also run into characters such as this guy, in what presumably unfolds as an elaborate Metal Gear Solid-esque boss battle: 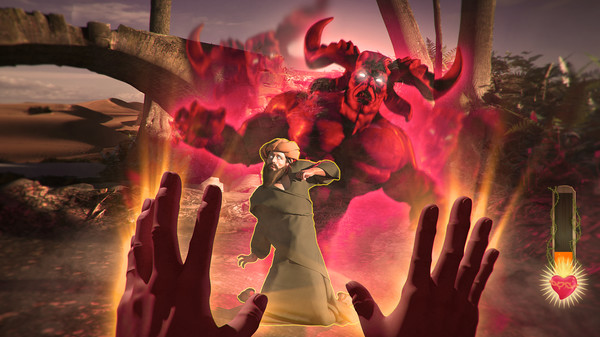 There's no release date as of yet for I Am Jesus Christ.

popular
Katherine Ryan says famous TV star is a ‘predator’ and everyone in industry knows
20 years ago, one of the best sci-fi movies of the 21st century was a box-office bomb
The JOE Movie Quiz: Week 181
Man fired for not being "fun" at work wins legal battle, nobody has to be fun now
The JOE Friday Pub Quiz: Week 322
QUIZ: Can you get 100% in our World Cup shocking upsets quiz?
I'm A Celeb public outcry after Matt Hancock makes it into the final
You may also like
4 days ago
Rejoice – a Love Actually reunion is officially happening
1 week ago
Cadbury has made a major controversial change to your beloved Heroes tub
3 weeks ago
One of the most expensive Xmas films of all time drops in a couple of weeks
3 weeks ago
Will Ferrell returns as Buddy the Elf in new Christmas advert
3 weeks ago
Bounty bars to disappear from Celebrations tubs this Christmas, Ireland thankfully unaffected
3 weeks ago
Mila Kunis and Ashton Kutcher say they don't give their children presents at Christmas
Next Page