The sequel to one of the greatest games of all time is almost here!

Released in June 2013 on the PS3, The Last Of Us quickly became a landmark moment in modern video games, as it was not only a brilliant game to play, but for many it represented the first ever time that a player actually cried due to the story being told by the game (that giraffe scene? SOBBING!)

Yep, it really was that good, and the 240+ Game Of The Year awards that it went on to receive only validate that brilliance. 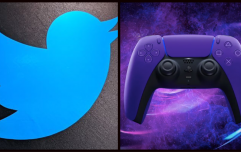 END_OF_DOCUMENT_TOKEN_TO_BE_REPLACED

Since then, we've had The Last Of Us: Left Behind, the 2014 DLC prequel that delved further into the personal past of Ellie (played by Ashley Johnson), and while the inevitable sequel was announced in 2016, we've had a LONG wait for the actual game to arrive.

Or even when we might be getting it, or if it will be on the PS4, or one of the first arrivals on the imminent PS5?

Until this weekend, when Johnson sat down with an entertainment journalist to discuss her career to date, and eventually they get round to chatting about the much-anticipated sequel.

Jump 1 hour 7 minutes in the interview below, and you'll hear the interview ask when the game is coming out, and then Johnson begin to answer him before he interrupts her...

END_OF_DOCUMENT_TOKEN_TO_BE_REPLACED

That sounded like "Feh" to us, as in she was about to say "February", but then the interviewer cut her off!

This would tie in with both what video game analyst Daniel Ahmad stated about it being the current internal release date for the game's developers Naughty Dog, as well as previous rumour that due to Death Stranding getting a November 2019 release, The Last Of Us Part II would be pushed back to early 2020.

Looks like Death Stranding is about to get announced for a November release. The Last of Us 2 was also planned for fall 2019 but I actually just heard it got bumped to early 2020, possibly February? Either way, wild final year for PS4 https://t.co/wh6kimA73b

END_OF_DOCUMENT_TOKEN_TO_BE_REPLACED

Either way, it sure is an exciting time to be a PS4 owner, and this is all before they really blow us out of the water with whatever they might have in store for the PS5!

Check out the most recent gameplay footage for TLOU2 below, and keep an eye out for it on shelves in February 2020. Maybe.

popular
County where winning Lotto jackpot ticket worth nearly €9 million was sold confirmed
Netflix has just quietly added 30 big movies to its library
Dublin Bus and boat involved in city centre collision
Here's the line-up for this week's episode of The Late Late Show
Welder awarded €15,000 for unfair dismissal despite admitting to drinking alcohol before work
10 years ago today, the scariest movie ever made (according to science) was released
Graham Norton reveals the one celebrity he'd love to have interviewed
You may also like
1 month ago
Holy sh*t, the Bioshock movie is really FINALLY happening
2 months ago
QUIZ: Can you name the video game from the cover art?
3 months ago
QUIZ: Can you name the video game from the lead character?
6 months ago
Exoprimal has the greatest plot for any video game. Ever.
9 months ago
16 of the most-anticipated games arriving in 2022
11 months ago
In conversation with Laura Bailey, one of the most famous performers in video game history
Next Page