We've been treated to some absolute gems over the past 10 years.

Did somebody blink? What happened? When did the 2010s come to an end?

The idea that a decade has passed since 2010 is nothing short of terrifying. No shortage of fantastic games have come out in that time, with a generation of consoles capable of doing some pretty damn incredible things.

It's the generation where video game storytelling reached the next level. All of a sudden, the gap between games and movies was starting to close, and with that came some truly unforgettable gaming moments.

Right, so this one is a bit of an open goal (someone has to address the giraffe in the room), but here we are. It's hard to think of another game in the fungal-click-monster-zombie genre that manages to build two better characters than Joel and Ellie.

Both of them feel totally fleshed out within a few hours of gameplay, and the moment they encounter a tower of giraffes is a rare moment of traquility in this classic. And yes we did have to Google what the collective noun was for giraffes. 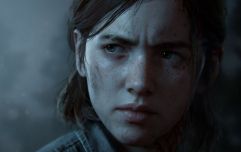 END_OF_DOCUMENT_TOKEN_TO_BE_REPLACED

Arguably you can't class this one as a single "moment", because it's going to be totally different from gamer to gamer. There aren't many games that succeed in making you feel that there are so many genuine consequences for your actions.

This is what makes this part of the game so unique; it's the culmination of everything you've done in the game. From scorning someone's romantic advances to not helping them solve a problem that one time, the characters you've come to know throughout the game can die because of it.

Rather than post someone else's gameplay of the final mission, we highly recommend taking a moment to watch Mass Effect 2's Launch trailer. What a way to launch a decade. 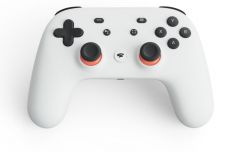 END_OF_DOCUMENT_TOKEN_TO_BE_REPLACED

The saddest thing about this decade ending is that we'll never again see a release date as perfect as Skyrim's 11/11/11. Unless of course we live to 3011, but we still don't have any indication as to whether or not The Elder Scrolls VI will be out by then.

One thing The Elder Scrolls games do better than anything else is immerse you in the world. After escaping the block and making your way past the dragon, you're out in the wild with *whichever companion you chose to follow.

It lasts less than a minute, and there is every chance you could play through the game and never notice it. When walking past a guitar resting on a chair, picking it up will prompt a beautiful moment of tranquility in an otherwise bonkers game.

Now Revelations is arguably the weakest game in the Ezio trilogy, but the storyline certainly had its moments. When you reach the end of the game and Ezio enters Altair's tomb, there is a brief moment where, in many respects, the game's three main characters are in the same room.

While the modern day storyline never really went anywhere after this, it was still pretty special to see the timelines intertwine.

Clip via Eye Of Ra - Hawka

While the future of Telltale Games remains a bit uncertain, the quality of the studio's games speaks for itself. They crafted some absolute gems, and look no further than the first season of The Walking Dead to see what we mean.

After spending the entire game looking out for what was best for Clementine, it struck like a tonne of bricks when Lee got bitten. While the next few seasons had a fair few flashes of brilliance, nothing came close to the raw emotion of this scene.

The best thing about this scene is likely that it's so utterly unexpected. Instead of one long campaign, Battlefield 1 brought in a series of short single player stories, so you would be forgiven for thinking that the single player campaign would have been put on the wayside.

Then they go ahead and pull this out of the bag (well, tank really). The juxtaposition between the innocent pigeon and endless carnage below can really catch you off guard.

Never let anyone question the power of music in video games. Regardless of how much stealth you had been using to play the game up to this point, the delicious dubstep will always get the blood pumping.

Up there with being one of the most satisfying missions of all time. Also worth mentioning the fact that Far Cry 3 is such a masterpiece that if you haven't played it you should stop reading this and purchase it immediately.

If there's one thing that Naughty Dog do well (in reality there are about 84,000 things), it's set pieces. The Uncharted series boasted some of the best you could ever hope to encounter in a game, and the third game in the series was no different.

After chasing after a plane in takeoff mode, Nathan Drake manages to hop onto a wheel and sneak on board for a classic scene. All in a standard Tuesday for our boy Nathan Drake.

Another fine example of how big a difference the right music track can make. While 2018's sequel is deservedly the game that reached a far bigger audience, Red Dead Redemption featured another totally unexpected moment of tranquility.

Riding through the Mexican desert on the back of a horse, José Gonzalez's haunting rendition of Far Away begins to play in the background. The fact it comes immediately after shooting your way to the border makes it even more jarring.


popular
Man arrested in investigation into 25 claims of Covid-19 unemployment payment worth over €56,000
Ghislaine Maxwell, former girlfriend of Jeffrey Epstein, arrested by the FBI
QUIZ: Can you name all the countries in the world beginning with the letter 'P'?
McDonald's to reintroduce some fan favourites to its menu from next week
Students will not be required to social distance when schools reopen in August
QUIZ: Can you get top marks in this tricky logo quiz?
Here’s how you can get 20 bets for €2* for the next EuroMillions jackpot
You may also like
3 months ago
The Last of Us is reportedly being turned into a series for HBO
4 months ago
"When I try explain my job... people look at me like I've got three heads!"
5 months ago
The EA SPORTS™ FIFA 20 Team of the Year has been revealed
6 months ago
Here are the 10 games we're most excited to play in 2020
6 months ago
The PlayStation Store has already launched its January Sale
6 months ago
Fortnite airs new scene from Star Wars: Rise of Skywalker during in-game event
Next Page