If you've got the PS Plus and/or Games With Gold subscriptions, here are the new additions coming to your PS5, Xbox Series X, PS4 and Xbox One this month.

Both PlayStation and Xbox have announced the additions to their gaming subscription services for the month of December, with some taking effect from the first week of the month and others spread out across the rest of it.

So if you've signed up for PS Plus and/or the Games With Gold subscriptions on your consoles, these are the new additions you can put into your library throughout December.

Available to add to your library from Tuesday, 6 December:

Official synopsis: "Launching directly into PlayStation Plus, this third-person platform fighter adds a whole new dimension to the genre. Damage enemies to make them vulnerable, then smash them out of the arena in a unique, third-person perspective. Choose from one of 10 playable gods to hurl boulders as Hercules or wield Mjolnir as Thor. Then battle across diverse arenas with their own mechanics to master. Play 3v3 Arcade mode with friends to explore a variety of game modes, or duke it out in hardcore 1v1 and 2v2 Duels. DKO features cross-play and cross-progression. This Founder’s Edition unlocks DKO and bonus content for the game, plus a DKO-inspired skin in Smite."

END_OF_DOCUMENT_TOKEN_TO_BE_REPLACED

Official synopsis: "Relive the legend of Commander Shepard in the highly acclaimed Mass Effect trilogy with the Mass Effect Legendary Edition. Includes single-player base content and over 40 DLC from Mass Effect, Mass Effect 2, and Mass Effect 3 games, including promo weapons, armours and packs - remastered and optimised for 4K Ultra HD. Experience an amazingly rich and detailed universe where your decisions have profound consequences on the action and the outcome."

END_OF_DOCUMENT_TOKEN_TO_BE_REPLACED

Official synopsis: "Mix melee, shooting and mutant ability action in this open-world, post-apocalyptic kung-fu fable RPG. A plague is ruining the land and the Tree-of-Life is bleeding death from its roots. The Tribes stand divided. Explore a world in turmoil and define its fate – will you be its saviour or lead it to an even darker destiny? Re-code your genetic structure to change the way you look and play, Mix and match parts to create your own unique slash, crush and pierce melee weapons, revolvers, rifles, shotguns and more. The PS5 version features native 4K and HDR support and three different graphics modes."

Colt Canyon (available from 1 to 31 December)

Official synopsis: "Hold on to your hats, partner. Let me tell you a tale ‘bout a gunslinger that’s been left for dead and his partner kidnapped. It’s time for you to head out to Colt Canyon, an unforgiving western landscape filled with hidden treasures, weapons, danger, and bloodthirsty scum. Shoot your way through and maybe blow a few things up with TNT along the way with a spaghetti western soundtrack humming in the background. Save your partner and other innocents, and if you’re lucky, you’ll have a blast doing so and won’t end up as buzzard food."

Official synopsis: "Accused of murder and exiled, Princess Ji goes on a breathtaking, action-packed journey to prove her innocence, rescue her sister, and blaze a trail of bloody vengeance. Unleash your side-scrolling skills in this classic 2D game based on Chinese mythology. Take on ancient enemies and gods using high-octane combo attacks! The art and sound design are gorgeously rendered, mixing traditional flourishes with a surreal edge."

Additionally, Xbox revealed the full line-up of games arriving via the Games Pass in December, and you can check out that collection in full right here: 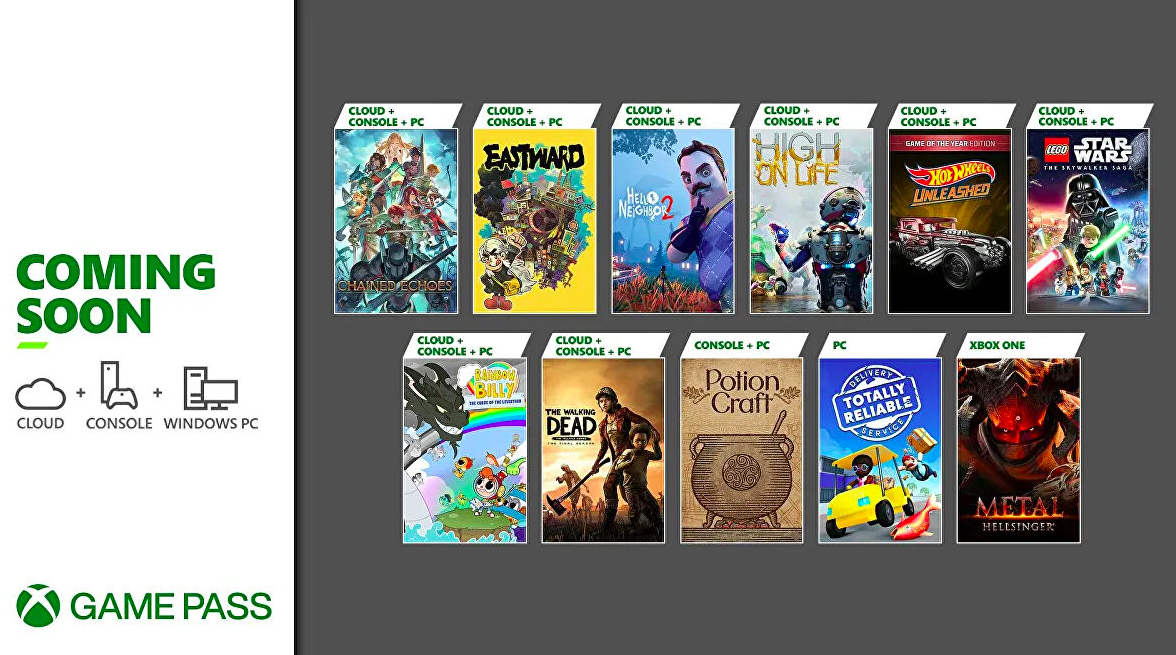 popular
Netflix has just added 12 very big movies to their library
5 years ago, Hollywood took a massive gamble on a huge sequel... and lost big time
One of the most underrated crime thrillers of recent years is among the movies on TV tonight
Netflix backtracks on anti-password sharing measures following user outcry
Tom Hardy set to play Hannibal Lecter-type serial killer in new series
The 50 most iconic songs of all time* have been revealed
The JOE Friday Pub Quiz: Week 332
You may also like
1 week ago
Dead Space 2023 improves upon a modern horror classic
1 week ago
Forspoken breaks the golden rule of gaming... and not in a good way
2 weeks ago
PlayStation reveal the 10 most-downloaded free-to-play games on PS4 and PS5
2 weeks ago
7 more movies and shows based on huge games arriving in 2023
4 weeks ago
10 huge games that turn 10 years old in 2023
1 month ago
Ryan Reynolds and Rob McElhenney discovered in FIFA 23
Next Page