Sony has announced that it is pulling the wildly-anticipated game, Cyberpunk 2077, from its online PlayStation store amid a host of compatibility issues, bugs and health risks.

The dystopian-themed game is reportedly one of the most expensive video games ever created and was met with much excitement when it was released on 10 December. 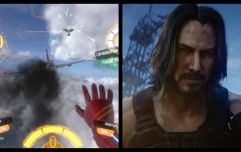 END_OF_DOCUMENT_TOKEN_TO_BE_REPLACED

In fact, the game had eight million preorders on PC and games consoles before its release but the rollout has not been smooth.

“SIE (Sony Interactive Entertainment) strives to ensure a high level of customer satisfaction, therefore we will begin to offer a full refund for all gamers who have purchased Cyberpunk 2077 via PlayStation Store,” Sony said in a statement.

“SIE will also be removing Cyberpunk 2077 from PlayStation Store until further notice.”

While the game has received a host of positive reviews on PC, the response on consoles has proven to be less than satisfactory.

The game was made by Warsaw-based CD Projekt RED, who this week apologised and promised to fix the bugs with patches in January and February next year. But they have also offered refunds to customers who are unwilling to wait for the updates.

Cyberpunk 2077 was delayed twice already this year prior to its release and the company has been forced to add health warnings after one reviewer complained they'd had an epileptic seizure playing the game.

Advertisement
House of Rugby Ireland · Quinn Roux on finding a home in Ireland and Mike McCarthy brings the absolute HEAT!
popular
Three men arrested following search of "chop shop" in Meath
Joe Exotic fails to receive pardon from US president Donald Trump
New year, new you, new career? This opportunity could be right up your street
Irish punters could turn €0.98 into hundreds of millions* with a bet on the Super Jackpot
Virtual parade to replace official St. Patrick’s Day parade this year
QUIZ: Can you name all the teams in the NBA from their locations?
The 50 most iconic songs of all time* have been revealed
You may also like
2 years ago
WATCH: Here is our first proper look at Cyberpunk 2077, one of the most anticipated games of all time
8 months ago
Tony Hawk's Pro Skater 1 and 2 remasters are coming this year
9 months ago
Some of the biggest names in football are taking part in a FIFA 20 tournament this week
9 months ago
Google announces Stadia Pro is now available free for two months
10 months ago
QUIZ: How well do you know the Grand Theft Auto games?
10 months ago
Streets of Rage 4 will feature something that fans have been requesting for years
Next Page