Sealed copy of Super Mario Bros sells for $100,000 at auction

It is the first video game to sell for a six-figure sum.

The sealed, unopened NES game was bought on 6 February, by a group of collectors at Heritage Auctions. 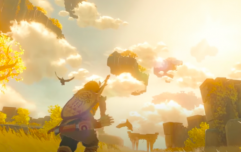 END_OF_DOCUMENT_TOKEN_TO_BE_REPLACED

Super Mario Bros is one of the best selling games of all time and is a common sight in second-hand stores, either opened or just as a loose cartridge.

But the copy sold was graded in 'Near Mint' condition, by grading and certification organisation Wata Games.

It is also a version sealed with an official Nintendo sticker, as opposed to being shrink-wrapped, which were only available in New York and Los Angeles test markets in 1985 and 1986. 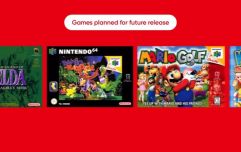 END_OF_DOCUMENT_TOKEN_TO_BE_REPLACED

"Not only are all NES sticker sealed games extremely rare, but by their nature of not being sealed in shrink wrap they usually exhibit significant wear after more than 30 years," said Kenneth Thrower, co-founder of video Wata Games.

"This game may be the condition census of all sticker-sealed NES games known to exist."

In 2017, a shrink-wrapped version of the game sold for $30,100.44 at an online auction - this latest sale is over three times that figure, and it is believed to be the first retro game to sell for a six-figure sum. 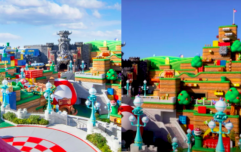 END_OF_DOCUMENT_TOKEN_TO_BE_REPLACED

Super Mario Bros was first released in Japan in 1985 and was a launch title for the Nintendo Entertainment System when it launched in the west.

It has ported and remade for nearly every Nintendo console since, including the Super Nintendo, Game Boy Colour, and was made available on the Wii and 3DS Virtual Consoles.

If you want to play it now, the best ways are through the Switch Online classic library, or on the NES Classic console.

popular
QUIZ: A perfect score is highly unlikely in this tough General Knowledge Quiz
QUIZ: Can you get top marks in this progressively harder capital cities quiz?
The JOE Friday Pub Quiz: Week 296
Lidl to launch its second 'reverse vending machine' in Ireland next week
One of the tensest sci-fi thrillers of recent years is among the movies on TV tonight
Aer Lingus warns customers flying on Friday afternoon to check in at the airport
Lidl announce a massive warehouse sale for one weekend only
You may also like
2 years ago
I was a good person until I played the Untitled Goose Game
2 years ago
Nintendo announce major surprise new releases for the Switch
2 years ago
Nintendo has announced a sequel to Zelda: Breath of the Wild
3 years ago
Iconic '90s video game Turok: Dinosaur Hunter is getting re-released this month
3 years ago
15 essential games we’d want on an N64 Classic console
3 years ago
Nintendo may have just hinted that a N64 Classic console is coming soon
Next Page