Speaking today, the game's director Neil Druckmann gave fans the lowdown on what to expect from the sequel to The Last of Us.

The award-winning survival horror game has been begging for a sequel since it first dropped five years ago, and now fans finally have a trailer, and a release date. 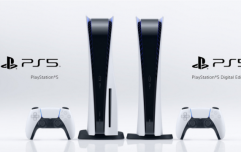 END_OF_DOCUMENT_TOKEN_TO_BE_REPLACED

"Thank you for being patient with us," said Druckmann. "Very patient. Even though we’ve been eager to share more about The Last of Us Part II and tell you its release date, we wanted to wait until we were close to wrapping up production and we were confident in the date itself.

"We began working on this game over five years ago. It’s hard to describe the immense pressure of following up the first game. We know how much you love this world and its characters — especially Ellie and Joel. Believe me, we’re fans as well. We love them.

"Which is why we spent years crafting a game that we feel will do them justice, telling a nuanced story that deals with the core question: how far would you go to exact justice against the people that hurt the ones you love? It’s a highly emotional story with complex themes that befit the world of The Last of Us."

The three minute trailer gives fans an in-depth look at the world they'll be joining next year, and includes the shock revelation that a certain character appears to be alive.

Some fans had also expected a trailer for a new game in the Arkham series, but alas it was not to be.

House of Rugby Ireland · Quinn Roux on finding a home in Ireland and Mike McCarthy brings the absolute HEAT!
popular
The 50 most iconic songs of all time* have been revealed
The JOE Friday Pub Quiz: Week 227
Make your own Bernie Sanders meme in any location with this website
Warner Bros. plan new Harry Potter movie and they want Daniel Radcliffe to star in it (Report)
Simpsons writer reveals how he predicted the presidency of Donald Trump
Teenager arrested following serious assault on a woman in Dublin
Aodhán Ó Ríordáin passionately calls out Norma Foley in the Dáil
You may also like
3 months ago
It looks like Tobey Maguire and Andrew Garfield will both be in the new Spider-Man movie
7 months ago
Sony gives first look at beautiful new PlayStation 5 console and new games
1 year ago
Sony claim PS5 will be "the world's fastest console"
1 year ago
Sony announce name, release window, and more about their new PlayStation console
1 year ago
PlayStation's new in-game assistant looks like it will be absolutely awesome
1 year ago
Marvel and Sony have worked out their problems and will co-produce a third Spider-Man movie
Next Page