He could see things were going south, so he got out of there...

There is an exclusive group of people who will always be the ones you'd want to have by your side in a dog fight. The likes of Sylvester Stallone, Arnold Schwarzenegger and Vin Diesel would have to be up there. 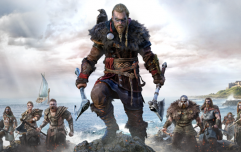 END_OF_DOCUMENT_TOKEN_TO_BE_REPLACED

You can't mention those names without adding Ross Kemp into the mix. Kemp has proven time and time again to have nerves of steel, be it whilst dealing with American gangsters or guerrilla fighters in Colombia.

This time around, the big man is telling war stories about a crumbling Washington D.C. Ahead of the release of Tom Clancy's The Division 2 on Friday, 15 March, he read out various tales submitted by battle-hardened gamers.

Three years after the original, The Division 2 takes place in a 1:1 scale version of Washington D.C. Your choices have a huge effect on the world around you, and there's no doubt that you'll come out with a few stories of your own to rival the ones being told by Kemp.

The first story was submitted by Brian Reid, and describes a team of soldiers trying to deliver a package. When the chips are down, there is no sacrifice too great for a warrior looking to complete a mission.

Next up is a submission from Daniel Warren. On what seemed like a calm day, gun shots could suddenly be heard.

"We headed towards the danger..." 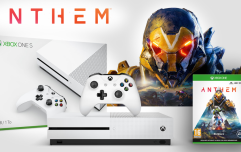 COMPETITION: Win an Xbox One S Anthem bundle with 3 extra copies for your friends

END_OF_DOCUMENT_TOKEN_TO_BE_REPLACED

There is no story as harrowing than one from beyond the grave, like this one from Richard Broomhall. After firing off a flare to call in a helicopter in the middle of a blizzard, his team was set upon by a group of hunters.

"It wasn't our first time encountering them, but each time was just as terrifying as the last..."

Tom Clancy's The Division 2 is a shooter RPG with campaign, co-op, and PvP modes that offers more variety in missions and challenges. The new progression systems comes with unique twists and surprises, and fresh innovations offer plenty of new ways to play. Available from 15 March on PC, Xbox One and PS4 for download and in stores nationwide.