Will Ferrell. Mark Wahlberg. And you. The dream team, together at last. 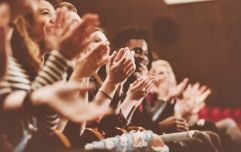 END_OF_DOCUMENT_TOKEN_TO_BE_REPLACED

In case you missed it, Christmas is coming (slightly) early this year as the stars of Daddy's Home 2 arrive into Ireland next week. As part of their whistle-stop tour, Will Ferrell and Mark Wahlberg have specifically requested your presence.

We've teamed up with the fine folk at Paramount Pictures to host an exclusive event when the guys come to Dublin and we're giving you and a very lucky friend (seriously, they're going to owe you, big-time) the opportunity to get up close and personal with the two Hollywood stars in The Academy on Tuesday 14 November at 5pm.

We've already given away tickets for the front row seats on The JOE Show, but now this is your chance to get in on the action. 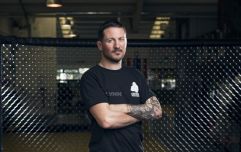 END_OF_DOCUMENT_TOKEN_TO_BE_REPLACED

By simply filling out the form below, you'll be in with a chance of winning two tickets to next Tuesday's unbelievably exciting event. Seriously, it's that easy.

As if that wasn't enough, once the Daddy's Home 2 stars are finished up on The JOE Show, we'll be showing the crucial Ireland vs Denmark match on the big screen at The Academy, so you'll be in for a treat as you watch the Boys in Green absolutely hammer the Danes 7-1... we hope.

So what are you waiting for? If you're free to come to The Academy on Tuesday 14 November at 5pm, get entering...

THIS COMPETITION IS CLOSED

If you haven't seen it yet, here's the hilarious trailer to get you in the mood...