Currently, our phones have the option of more than five but less than a million emojis. That's quite a lot but let's be real, most of them are garbage.

I want better emojis for all. In an ideal world, we won't have to text words, it'll just be emojis. We've already eliminated the harrowing experience of making phone calls, so let's go one step further and ban all words from circulation.

Here's 10 emojis I'd like to see inducted into our repertoire within the next 5-10 years. 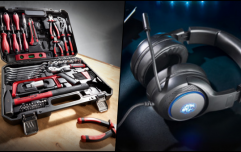 END_OF_DOCUMENT_TOKEN_TO_BE_REPLACED

The main motivation behind this emoji is so that we can avoid what ensues when you type his name into an iPhone. Warning: readers may be triggered by clicking on the link.

Essentially, the Harambe emoji will shelter us from a world that he had the good sense to leave. People's insensitivity to his passing will soon be quenched when our dear Harambe becomes immortalised in emoji form. 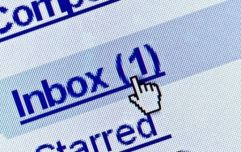 END_OF_DOCUMENT_TOKEN_TO_BE_REPLACED

Although adorable, a lot of time can be wasted typing out 'Morgan Freeman's freckles' and if nothing else, emojis are supposed to make our lives easier. With the addition of this essential emoji, we can save time and use that to think about important issues such as the rising price of toasted sandwiches in London. Plus, having his captivating freckles just a fingertip away is likely to be a very comforting feeling.

This one is sure to come in handy when underwhelming things happen, such as meeting someone that is a rocket scientist, drives a car or *retches* is literally Brad Pitt. The UST emoji sends a strong message to the recipient that you are far from impressed by their actions and require quite more to sway your interest. Maybe a large Pog collection?

This multifaceted addition will come in handy in the following situations:

I am legally obligated to express impartiality regarding the price of Freddos. With that in mind, this emoji can be used to express [redacted] in relation to the recent increase in Freddo prices. You can also use it to express to friends that you feel utterly [redacted] by the Government and how you'd prefer if they used some sort of lubricant before they [redacted] you next time.

NOT ALL POOPS ARE HAPPY! I can't be the only one that's sick of iPhones appropriating poop culture. It's not all sweetness and smiles, FFS. Some poops are difficult, they're hard work and leave you emotionally, physically and literally drained afterwards. We need better representation of poops in this modern and progressive society, and I won't rest until it's been achieved.

What's the appropriate toenail length? Wrong. It's shorter than that. Basically if you toenail is in any way popping out over your actual toe, you are scum and need to be put down immediately. This exceptional emoji proposition provides a subtle yet comical way to inform friends and loved ones that their tiddly nails need a trim. You can also use it sarcastically to suggest the passing of time, e.g. '*long toenail emoji* Hey just waiting for a text back xx'

Let he among us who hasn't tried to screengrab their cracked screen cast the first stone..... *waits an eternity* ok cool, just me then. Sometimes, things happen. Things out of your control, like 2 for €10 cocktails at happy hour, which results in your phone hopping off the ground as you get out of the taxi, rendering all future phone activities impossible until two paydays away when you can afford a replacement. This emoji says so much by saying so little.

I am sick to my back teeth of Googling this meme to send to everyone I know when times get tough. It's time-consuming, tiresome and as the scriptwriters for JML adverts know all to well, there's got to be a better way! I want all messages to be one touchscreen gesture away from that adorably fucked little pooch who's close to burning to death - and I want it now.

Because the country is on fire, get it? And not in a good way. I'm sick of hearing about Brexit, I hate the word and everyone that uses it. Let's eliminate the word that sounds like an aggressive antibiotic and simply use this smashing emoji I have created. It's cuter, more fun and definitely a talking point. Scotland and Northern Ireland are particularly engulfed in flames, let's start there.

popular
Harvard study reveals how many times men should ejaculate each month to stay healthy
Colin Farrell shouldn't win the Oscar this year
Forspoken breaks the golden rule of gaming... and not in a good way
Conor Mcgregor hit by car ‘at full speed’ while cycling
The 50 most iconic songs of all time* have been revealed
Netflix has just added one of the best sci-fi movies of recent years
Parents left in shock after gorillas start mating in front of kids at zoo
You may also like
2 months ago
REVIEW: Samsung's S95B QD OLED TV is quite the sight to behold
3 months ago
Elon Musk set to take over Twitter after completing $44 billion purchase
3 months ago
REVIEW: The Google Pixel 7 Pro is top of the class for its camera
4 months ago
How Twitter is changing gaming as we know it
4 months ago
WATCH: Apple's iPhone 14 event featured some creepy teases for Severance Season 2
5 months ago
WhatsApp introduces way to choose who can and can't see you're online
Next Page