7 Irish phrases you'll know even if you're nowhere near fluent

The Irish have a love-hate relationship with the Irish language. This is probably due to a combination of being proud of our heritage and independence, while also resenting the way it was taught in schools and how hard the grammar is to understand.

Even if you haven't touched it since primary school or didn't formally learn it growing up, chances are you know at least five words or phrases 'as Gaeilge'.

END_OF_DOCUMENT_TOKEN_TO_BE_REPLACED

They seem obvious, the handy ones that everyone remembers from school. Although using them isn’t as simple as you’d think.

Tá means yes, kind of, because sometimes you can’t use it to say yes, you have to say 'beidh' or something that fits the tense.

Regardless of its confusing meaning, you can usually slip a 'tá' or 'níl' into an Irish conversation to make it seem like you understand what’s going on. 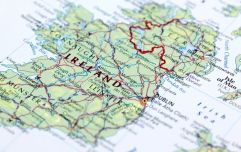 END_OF_DOCUMENT_TOKEN_TO_BE_REPLACED

This is a question you’ll always get when you go to a Gaeltacht, people who remember bits from school usually use this one and hope that it’s left at that, but it never is.

Next time this happens to you try 'cúpla focal agus f*ck all eile' it usually does the trick.

After you claim to only have cúpla focal, chances are the next question you get asked is ‘conas ata tú?’ or ‘cén chaoi a bhfuil tú?‘ depending on who you’re talking to.

You saw it in your copy books in school for long enough so it's likely this one stuck.

Between using the word everyday in school and seeing it on loads of bathroom doors around Ireland, this is one of those Irish words that never leave you and it will never not be useful.

Well quite a few people actually, but we don’t talk to them.

Tae is a word that we all use even if we’re not fluent in the language, probably because it's pretty close to the English word.

For when the 'cupán tae' isn’t quite hitting the spot and a pint is on the table instead. You’ll always have a use for the word 'Sláinte'.

A lot of people who use it probably don’t even know that directly translated it means health. Even if you use it as a way to toast or to say cheers, this is one that gets used everyday by people who have very little Irish.

Even for those who can't say hello in Irish, 'slán' is one that everyone knows. You might not be able to speak another word of Irish, but this one will always be a safe bet.

popular
Spielberg's best movie is among the movies on TV tonight
Netflix has just added one of the funniest shows of the last 10 years
Steve-O says he cannot save 'dying' Bam Margera in emotional online post
One of the best thrillers of all time is among the movies on TV tonight
Missing mother's children 'cried their eyes out' after they were told 'mummy's lost'
Couple decide to live on cruise ship permanently after finding it's cheaper than paying mortgage
Rising temperatures may be cause of increase in dangerous fungal infections
You may also like
1 month ago
Irish tourist dies after falling from moving train in Thailand
8 months ago
Irish man heading to Love Island villa as contestants are announced
10 months ago
Biden misspoke because he is Irish, says former CIA director on CNN
10 months ago
QUIZ: How well do you remember your primary school Irish?
10 months ago
QUIZ: Can you name every Irish Oscar winner?
10 months ago
PERSONALITY TEST: What percent Irish are you?
Next Page