The best bartender in Ireland has been revealed

He'll now represent his country on the world stage...

Congratulations go out to Carl D'Alton who has landed the prestigious title of World Class Irish Bartender of the Year 2018.

Representing Cork's Cask cocktail bar, D'Alton was officially crowned the country's top drinks wizard at the Irish final on Sunday at the Taste of Dublin festival, having suitably impressed the panel of experts.

Said panel was made up of industry heavyweights, including the current recognised world champion in this field Kaitlyn Stewart and a 'Global Cocktailian', which is apparently a legitimate thing. 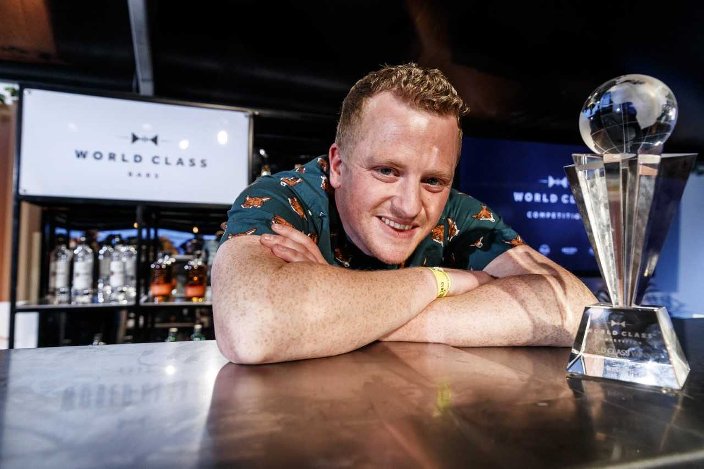 END_OF_DOCUMENT_TOKEN_TO_BE_REPLACED

The big win marks two in a row for Cask, as D'Alton takes the title from his colleague and mentor Andy Ferreira, who won in 2017.

D'Alton now goes on to represent Ireland in the World Class Global Final 2018, which takes place in Berlin this October.

"I'm lost for words," said D'Alton as the dust settled.

"For me, this is literally the best moment of my career. I just want to bring the spirit of Irish hospitality and Irish ingredients to the global stage.

"I have the chance to bring our bartending culture and Cask's ethos to life. And Cork, too! I'm going to really go for it. It's such an honour. Bring on Berlin!"

House of Rugby Ireland · Munster can't beat Leinster, Six Nations squad and John Cooney interview
popular
Eamon Ryan flags the introduction of tougher sanctions for breaching the 5km travel limit
QUIZ: Can you name all of these countries just from one of their cities?
The JOE Movie Quiz: Week 86
Majority of English people 'pleased' or 'not bothered' by prospect of united Ireland
Northern Ireland Department of Health calls out Taoiseach's "wholly incorrect" comments about testing for UK variant
Ireland adores Leitrim hurler Zak Moradi on Tommy Tiernan show
The 50 most iconic songs of all time* have been revealed
You may also like
1 day ago
Drivers told to exercise 'extreme caution' due to "very icy conditions"
2 days ago
Ireland hit with "real setback" as less AstraZeneca vaccines to be delivered
6 days ago
140,000 Covid vaccines to be administered by next Sunday
1 week ago
CMOs in Ireland and Northern Ireland release joint statement over worsening Covid-19 situation
2 weeks ago
Tuesday set to be "coldest night of winter" so far
1 month ago
James Lowe fires back over Chris Ashton's far too personal criticism
Next Page