Two Irish restaurants named among the best burgers in the world

If we're going to trust anyone on their burger judging capabilities, it is the folk at Burger Dudes.

It is right there in their name, so we know that burgers are why they're here, and if they say a burger is good, then we're going to go ahead believe them. 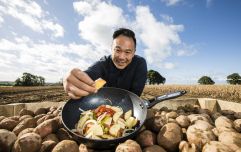 END_OF_DOCUMENT_TOKEN_TO_BE_REPLACED

Which is why it is a good thing we don't have to travel too far to get our hands on some of the best burgers in the world, as they recently named what they consider to be the best 50 burgers in the ENTIRE WORLD, and there are two Irish entries on there.

Yep, on a global scale, Ireland is home to 1/25th of the best burger joints in existence. Happy days.

Coming in at No.44, with branches in Belfast, Cork, and Dublin, is Bunsen, which they described as:

"Our medium cooked burger was served in no time, wrapped in some paper that made sure that everything was nice and gooey. The fluffy bun was perfectly toasted, keeping everything in place, and everything tasted great. We especially liked the patty with its charred outside and juicy centre. And all of the ingredients worked really well together without taking over. Definitely one of the finest specimens in Ireland."

Higher up the list, landing at No.35, is the recent Best Burger In Ireland award-winner, Galway's own Handsome Burger, which was described as follows: 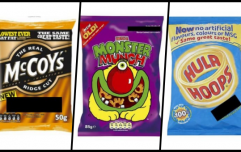 END_OF_DOCUMENT_TOKEN_TO_BE_REPLACED

"The amazing meat had a deeply beefy flavour, and the other ingredients – such as super intensive Derg cheddar and delectable bacon – were bold without taking over too much. We also liked the sturdy bun that kept everything in place. This is definitely the best burger we’ve had from the Emerald Isle."

You can check out the full top 50 right here, or if you've like to know that top five, they were as follows:

So, basically, if you love burgers, head to New York and/or London to get your mouths on the best in the world.

popular
'The Beast' apologises for storming off after losing on The Chase
Public urged to be wary of sophisticated Revolut scam in operation in Ireland
A gripping mystery thriller is among the movies on TV tonight
Man charged following incident involving deceased man at Carlow post office
Spotify to pull Neil Young music after he slammed Joe Rogan podcast
The Tinder Swindler review: Exactly the kind of documentary Netflix should be making
Lidl to create 750 new jobs alongside increase in staff pay
You may also like
5 months ago
New Dublin restaurant is giving away free meals to its first 100 customers
5 months ago
Banshee Bones are back for good and this time they will be available all year round
5 months ago
The best burger in Ireland has been revealed ahead of National Burger Day
5 months ago
Galway restaurant The Dough Bros named best pizza takeaway in Europe
5 months ago
Buffets and carveries permitted under new indoor hospitality guidance
6 months ago
The hunt is on for Ireland's best burger and it's up to the public to decide
Next Page