The best cocktail in all of Ireland has been revealed

Sounds good to us!

As we reported last month, Irish Cocktail Month took place in all 32 counties in the country throughout October.

Each of the bars that got involved in the month were coming up with their own unique creation to put forward for the prestigious award of Best Cocktail in Ireland. 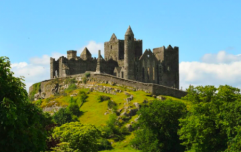 END_OF_DOCUMENT_TOKEN_TO_BE_REPLACED

Each of the entries must include an Irish spirit as part of the concoction, in order to qualify for the "Irish" part of the "Best Irish Cocktail" award, which makes sense, really.

Last year, the prize went to The Lodge at Ashford Castle in Cong, County Mayo, for their cocktail the Wilde's Atlantic Way (that is a picture of it up top, btw), which included the Connemara Peated Single Malt Irish Whiskey.

This year, the votes were closed on 1 November, the numbers were tallied up, and the winner is...

The "Bee Right With You" from The Grand Hotel in Fermoy, Cork. 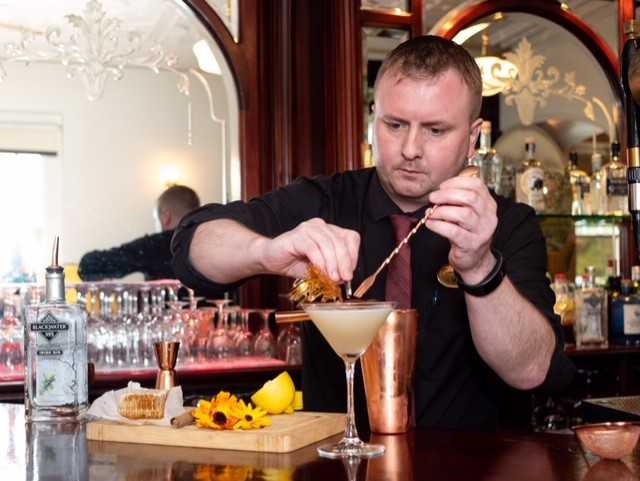 Great Irish Beverages, the organisers of the Irish Cocktail Month, tell us that this cocktail is made as follows: 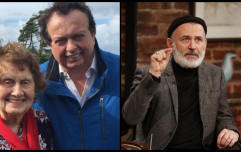 There is no such thing as an Irish celebrity

END_OF_DOCUMENT_TOKEN_TO_BE_REPLACED

"Seeing as [the bar is] located right by the Blackwater river, it would have been rude not to work with the lovely gin from Blackwater Distillery! This is then mixed with house made honey bitters made from the hives of S Bees in Fermoy - bitters is a special liquid that bartenders use to season cocktails - and crystallised calendula flower petals from Botanica & Co Fermoy before being set alight.

"It is then mixed with more of the Fermoy honey , lime juice, lemon juice, a pinch of cinnamon, a splash of premium tonic water and egg white. After being shaken vigorously with ice, it's then strained into an ice cold martini glass and garnished with a honey tuile and some more calendula petals."

The Grand Hotel's cocktail barman John Coleman, who created the concoction, had this to say:

"I see cocktail creations not just bringing together ingredients, but businesses as well, both big and small. My ethos is to always use Irish spirits and mixers as your base, and look to your locality for other ingredients, be it the farmer's market, orchard or fruit farm, bee keeper, herbalist or any other businesses."

popular
Amazon Prime Video has just added 16 big movies to its library
13 reasons why an employer can decline your right to remote working under new legislation
Neil Young wants Spotify to remove his music because of Joe Rogan podcast
Prince's team stop Nothing Compares 2 U being used in new Sinead O'Connor doc
UCD students provided with €30 gift voucher after toilets were contaminated with wastewater
QUIZ: We bet you can't get full marks in this extremely frustrating geography quiz
China gives Fight Club a new ending, manages to completely change the plot of the movie
You may also like
1 day ago
Ireland likely to be hit with "more Covid variants" over next few months
2 days ago
Irish writer nominated for Sunday Times Young Writer Award
2 days ago
Woman hospitalised following stag attack in Kerry
6 days ago
Healthcare staff who worked in Covid exposed environments to receive €1,000 bonus
1 week ago
Euphoria fans delighted after learning Fezco's Irish connection
1 week ago
QUIZ: Can you name all the US states with a smaller population than Ireland?
Next Page