DCU have changed the name of their weekly Shite Nite event

A petition has already been launched to change the name back.

Anyone who studied in Dublin City University over the past few years will know all about Shite Night.

Every Tuesday, hundreds of students would flood into Nubar and try to forget that they had college the next day.

END_OF_DOCUMENT_TOKEN_TO_BE_REPLACED

A great time would be had by all, but the name Shite Nite seemed apt for what was going on.

Shite music would be played, you'd be dressed in whatever shite clothes were clean at the time, and you'd spend the whole time talking shite.

But as of this year, the name Shite Nite is no more, as the weekly event has been renamed Devotion.

Nope. We're not having it. And apparently we're not alone. 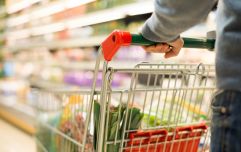 END_OF_DOCUMENT_TOKEN_TO_BE_REPLACED

A petition has already been launched by DCU student Amy Donohoe to change the name back to Shite Nite.

She wrote: "Shite Nite has been the iconic Tuesday night event in Nubar for years and quite frankly, 'are you going Devotion?' doesn’t have the same ring to it."

There could be another chapter written in this story yet.

After all, DCU students do have a tendency to get what they want. Remember the chicken goujon scandal?

We have a feeling we haven't heard the last of this...

popular
Video: Nadal collapses during press conference
Bus Éireann’s service from Dublin to London will restart this week
Amazon Prime Video has just added 51 big movies to its library
Gardaí unveil new Armed Support Unit vehicles to replace older models
QUIZ: Name all of these characters from Hey Arnold!
The 50 most iconic songs of all time* have been revealed
An action-packed thriller is among the movies on TV tonight
You may also like
5 months ago
UCD students provided with €30 gift voucher after toilets were contaminated with wastewater
9 months ago
Gardaí warn students over cannabis edibles and nitrous oxide balloons as Freshers' Week begins
11 months ago
Simon Harris confirms universities will reopen on campus from September as "essential service"
1 year ago
200,000 college students to return to campus from September with facilities fully open
1 year ago
GMIT President issues apology after video footage leaks of lecturers insulting students
1 year ago
NUI Galway Students’ Union calls for rent refunds
Next Page