This is really quite interesting.

It is officially 2019. We bet you've already seen quite a few "New year, new me" captions on Instagram, and you can also prepare yourself for everyone you know starting a diet of some sort.

Which is probably a good idea, because the festive period has almost definitely done a bit of damage to your body... 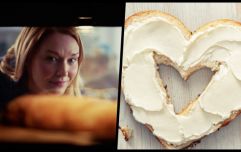 How to lower your cholesterol - 5 really handy tips

END_OF_DOCUMENT_TOKEN_TO_BE_REPLACED

And as much as we encourage a healthier diet, or a new gym routine, one Twitter user has pointed out the flaws in the logic of a detox diet.

A detox diet, or a cleanse, is the process of completely removing anything bad from your diet over a period of time.

And although this sounds like a good idea, food expert James Wong has explained why he believes the whole process is basically a load of nonsense.

Wong reckons that there is no real benefit to the whole thing, saying: "Thanks to science we now know that immorality isn’t the cause of ill health. (Duh!) AND that attaching weird moral labels like ‘clean’ and ‘pure’ or ‘sinful’ and ‘junk’ to different foods is bat shit crazy. So do yourself a favour and spare yourself the agony."

You can read the thread in full here:

The idea behind a detox is that our bodies are constantly accumulating toxins. Ultimately these toxins are the cause of all ill health.

This is an idea that appears cross culturally, and has been recorded in some of the earliest texts on health. pic.twitter.com/VZN3noISKe

Across time & culture, people might use different words for the concept...

But the basic premise of believing illness is one’s own fault, caused by a immoral desire for pleasure is universal.

(As is the idea that atoning for this sin by doing something grim is the only cure.) pic.twitter.com/PdN02e1u2c

Thanks to science we now know that immorality isn’t the cause of ill health. (Duh!)

AND that attaching weird moral labels like ‘clean’ and ‘pure’ or ‘sinful’ and ‘junk’ to different foods is bat shit crazy.

So do yourself a favour and spare yourself the agony. pic.twitter.com/oRR06PmcfG

So next time someone judges you over what you're eating, redirect them to this thread and they won't do it again...

popular
Man arrested on suspicion of the murder of Irish man in London
Here's how to make €9-11 on Revolut in just a few minutes
New car-free town with population of 85,000 set to be built in Dublin
Galway City Council street cleaners claim Lotto jackpot worth over €5.5 million
Elderly Irish man stabbed to death on mobility scooter in London
QUIZ: Can you name all the countries beginning with A?
A terrific '90s crime drama is among the movies on TV tonight
You may also like
1 year ago
5 really simple ways to help boost your immune system
1 year ago
WWE superstar explains why he eats breakfast cereal after a workout
1 year ago
Older adults recommended to avoid drinking strong tea during meals in new Irish study
1 year ago
The Body Coach Joe Wicks is back to help people get fit during lockdown
1 year ago
Why Joe Rogan's Carnivore Diet didn't really help him lose 12 pounds
1 year ago
Rapper T.I. says not eating meat is the secret to staying in shape past 40
Next Page