All around the world, wild celebrations took place to ring in the new year.

But we imagine that if you traveled the entirety of the planet, you wouldn't find as good a party as there was in Dingle on Monday night.

Okay, that might be a bit of an exaggeration, but it did look fairly class.

Wishing everyone a healthy, peaceful, and prosperous new year! Thank you for your custom & support in 2018..... bring on 2019!#happynewyear #paulgeaneysbar #dingle pic.twitter.com/uC5NObSMWh

And as much of a party it was, it had quite a positive affect on Dingle's economy too. 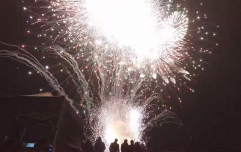 END_OF_DOCUMENT_TOKEN_TO_BE_REPLACED

According to Radio Kerry, New Year celebrations have become a big boost for businesses in Dingle in recent years.

The annual family fire-works display gets underway just after 9.30 tonight, then thousands of people will take to the streets to follow the Dingle Fife and Drum Band as they march around the town from 11.30pm.

Richie Williams of Dingle Business Chamber and Tourism Alliance spoke about the boost, saying that the event has: "blown out of all proportions in the last number of years."

popular
Here's how to make €9-11 on Revolut in just a few minutes
Green Party representative calls for a temporary ban of stag and hen parties in Ireland
Pop Idol star Darius Campbell Danesh has died, aged 41
Off-duty Garda arrested in Tipperary on suspicion of drink driving
QUIZ: You won't be able to correctly guess the meaning of all these words
Murder investigation launched following death of 75-year-old woman in Kerry
QUIZ: You'll do well to get 100% in this General Knowledge Quiz
You may also like
7 months ago
The best New Year's Eve celebrations from around the world
1 year ago
RTÉ issue full apology following controversial New Year's Eve sketch
1 year ago
Crowds in Covid-free New Zealand welcome 2021 with giant public fireworks display
2 years ago
Line-up announced for Graham Norton's New Year's Eve special
2 years ago
Walking On Cars announced as headliners for New Year's Eve gig in Dublin
3 years ago
COMPETITION: Win two tickets to the New Year's Eve Party in NoLIta
Next Page