Just some good boys and girls and their super shnozzes

Dogs can detect Covid-19 in under a second: faster than a PCR (polymerase chain reaction) test and more accurate than a lateral flow test, according to a study published on Monday May 24.

Heckin' good sniffer you got there, pups.

END_OF_DOCUMENT_TOKEN_TO_BE_REPLACED

The research found that people who are infected with coronavirus give off a distinct odour; while humans can't necessarily pick up on it, these highly trained dogs can detect it with pinpoint precision. The study was carried out by the London School of Hygiene & Tropical Medicine (LSHTM) and six clever canines from Medical Detection Dogs (MDD).

Using a double-blind approach - i.e. neither the dogs nor the researchers could themselves know which was which - the MDD Covid detection dogs, essentially, had to sniff socks worn for 12 hours by volunteers across the UK. Gross but we thank you all for your sacrifice.

As noted in Linda Geddes' story for The Guardian, dogs' powerful mucus plays an important part in this super accurate, rapid detection. Their mucus dissolves odour molecules from the air and transports them to olfactory receptors in the top of their nose, before sending the signal to the brain. While humans have about 5 million of these receptors, dogs have up to 300 million.

END_OF_DOCUMENT_TOKEN_TO_BE_REPLACED

In conclusion, the study found that dogs could detect Covid-19 on clothing with up to 94.3% sensitivity, meaning they would correctly identify 94 out of every 100 people infected with the virus.

Furthermore, in addition to their unparalleled speed (under a second), the successfully sniffed socks included "people who are asymptomatic and also people with a low viral load,” according to Professor James Logan, who co-led the study. That level of accuracy and speed across 3,500 samples. Incredible stuff.

Of all six Covid detection dogs, a three-year-old golden labrador named Tala was the most accurate sniffer, achieving 94.5% sensitivity, and a specificity of 92% – i.e. the proportion of uninfected people that he would correctly identify. Well done, Tala!

MDD says that it takes around eight to ten weeks to train a Covid-19 detection dog. They are, of course, rewarded for their heroic efforts with a treat or some other kind of positive reinforcement like a ball. Most miraculously, this isn't even the only site where tests like this are taking place, with Finland, France, Lebanon and Italy all using our beloved pets for Covid-19 detection. 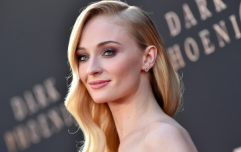 END_OF_DOCUMENT_TOKEN_TO_BE_REPLACED

The charity's CEO, Dr Claire Guest, has a long history with dogs, having worked with Hearing Dogs for Deaf People, before founding MDD in 2008. It was during this time that she met a woman who claims her pet dalmatian diagnosed a malignant melanoma on her calf. Amazing.

Dogs have long been linked to detect illnesses including cancer and, recently, even malaria - Covid detection dogs are simply the next step. Back in 2002, Guest and orthopaedic surgeon, John Church, also proved that dogs can distinguish between urine from healthy people and those with bladder cancer.

Co-lead Logan believes that "dogs could be an additional tool that could be used as part of a kit to address the things that PCR and lateral flow tests can't do. For example, dogs can screen people very quickly so they could be used in circumstances such as airports, or other public gatherings, stadiums, where lots of people have to be screened very quickly."

Going simply off the same model and findings garnered from this study, it is estimated that dogs like these could be used at airports and other entry points into different countries to screen around 300 people in 30 minutes. Not all heroes were capes. Some wear collars.

We don't need more reasons to love dogs more than we already do: they are simply the greatest creatures on earth - this research is yet more proof of that universal truth. High five (paw) to each and every one of you Covid detection dogs and all those involved.

popular
Junior doctor 'fell asleep' at the wheel after 12-hour shift then mowed down two women and two kids
Simon Cowell concerns fans with appearance as they 'don't recognise him'
An Oscar Best Picture winner is one of the movies on TV tonight
Starbucks worker breaks down in tears after they're scheduled to work 8 hours
One of the best movies of the decade has just been added to Netflix
Woman left confused after DNA test shows child isn't husband's despite her claims that she never cheated
Netflix has just added 30 big movies to its library
You may also like
1 month ago
Leo Varadkar advises public to mask up as Covid restrictions debate returns
1 month ago
Ireland's new chief medical officer issues winter advice as Covid cases rise
2 months ago
“It’s like insects are crawling all over your body.” Irish people reveal impact of Long Covid
2 months ago
Vaccines adapted to Covid variants to be rolled out as part of booster programme
3 months ago
A county-by-county breakdown of the number of pubs closed in Ireland in the last two decades
4 months ago
Covid-19 testing centres may be stood down entirely later this year
Next Page