Not a day goes by where Donald Trump isn't in the news for something or other. We all know how much he loves his Twitter posts and this fellow tweeter convinced the internet that he was hiding a secret message in his tweets.

Smash Mouth's All Star is one of those catchy tunes that you sometimes love and sometimes want to cut your ears off when it comes on.

The song featured in one of the Shrek movies and was famous in the early noughties before dying down and regaining popularity in the last two years thanks to this man...

END_OF_DOCUMENT_TOKEN_TO_BE_REPLACED

Sudano is a super fan of this song and became famous for singing the words of it alongside different backing tracks such as Oasis' Wonderwall and John Lennon's Imagine.

Danny Page believes that Donald Trump is also another fan of the pop song and compiled numerous so called tweets together from the current US President's Twitter account.

Page issued a tweet on Tuesday with all of Trump's 'secret messages' in it with the caption, "Y'all, you won't believe this, but I figured out why Trump always puts random words in quote marks. It's a secret message."

All the tweets put together spell out the first few lines of the song and the people of Twitter lost their shit as his tweet clocked up 18,660 retweets and 38,597 likes in the space of three days.

As much as we'd love to believe that it is true. It's not.

Yes, Trump does put certain words in inverted commas like so...

...but sadly, he didn't put the inverted commas over these tweets like Page has suggested. 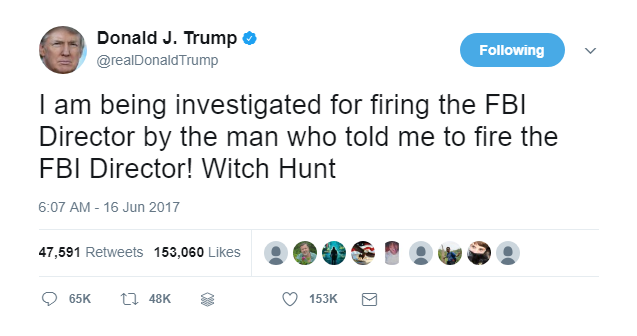 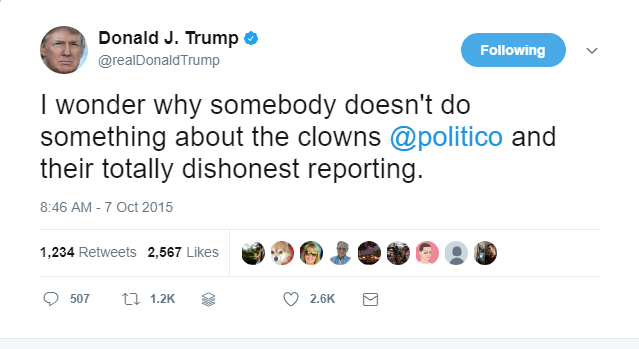 The Big Reviewski || JOE · TBR Spotlight: Loki - Episode Six - 'For All Time. Always.'
popular
Netflix has quietly added 12 great movies to their library today
Love Island to air for two hours instead of one tonight as contestants clash in explosive special
The JOE Movie Quiz: Week 113
The JOE Friday Pub Quiz: Week 254
QUIZ: Test your all round wisdom with this general knowledge quiz
6 incredible outdoor experiences in Kildare you need to do this summer
One of the best Westerns ever is among the movies on TV tonight
You may also like
2 months ago
Donald Trump will not be allowed back on Facebook or Instagram
3 months ago
Donald Trump "100%" thinking of running for US President again in 2024
4 months ago
Donald Trump is reportedly creating his own social media platform
5 months ago
New footage from Capitol Hill riots shows rioters chanting "Hang Mike Pence"
6 months ago
Donald Trump hints at potential second term as he officially leaves White House
6 months ago
Joe Exotic fails to receive pardon from US president Donald Trump
Next Page