All throughout school, you're told that exams are not designed to catch you out.

A recent incident in Trinity College Dublin brought the topic of college exams to the forefront, with the general consensus being that the college had made an absolute balls of their end of year exams. 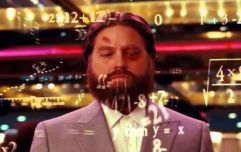 END_OF_DOCUMENT_TOKEN_TO_BE_REPLACED

The day before exams were due to place, Trinity's Student Union sent an e-mail to students to say that a cloakroom was operating in the RDS, where the exams were taking place. A number of students arrived to sit their exam, to be told that they had to store their goods in the mandatory cloakroom, and a massive queue resulted 40-minute wait times.

It may not sound like the end of the world or anything, but if you remember how you were when sitting exams, the slightest inconvenience can really throw you off. When almost every waking thought you've had for the past number of weeks has been centred around this set of exams, and something out of control happens, it can seriously mess you up.

This is just one of many issues that college students deal with around exam season. A number of exams were held on the Tuesday after Easter, meaning that in the days leading up, when students were at their most stressed, the library was only opened for restricted hours - between 11 and 7. This resulted in "hordes of students waiting outside the Berkeley library before 11am", as well as fights over seating and laptop charger spaces, according to students in the college.

Meanwhile, a number of the health services and academic registries were closed, at a pivotal time of the year. 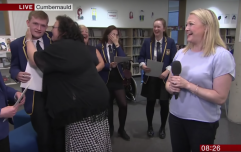 END_OF_DOCUMENT_TOKEN_TO_BE_REPLACED

We've also had the Maynooth Twitter incident, where the Law Department of NUI Maynooth was asked by a student about an exam timetable which saw two major exams take place one day after another, the account responded: "First, we don't make the timetable. Second, assuming you have been studying all year, and not leaving things to the last minute, it shouldn't be a problem. Third, you do remember the Leaving Cert, right?"

Just want you want to hear when you're stressed to the nines, right? 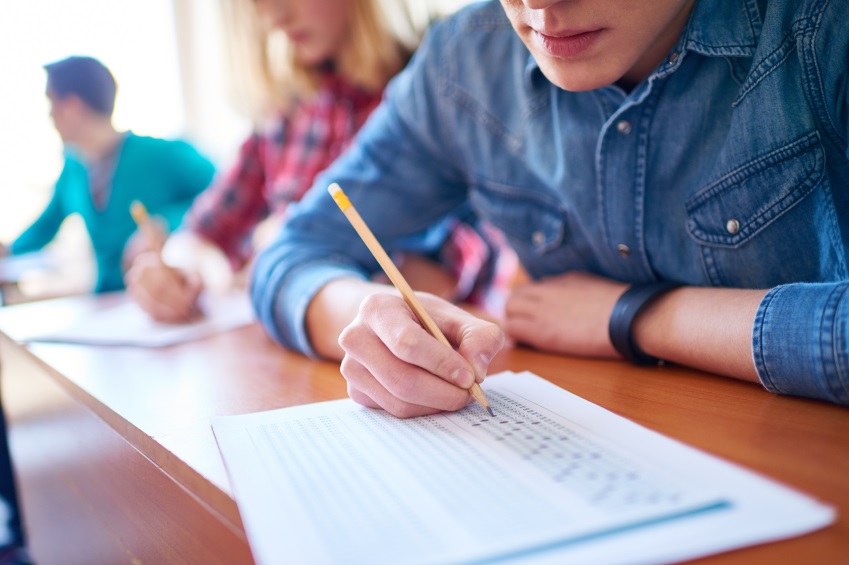 This is not exclusive to any one college in Ireland, and if you can cast your minds all the way back to when you were in school, you'll remember that it's not exclusive to colleges at all either. This sort of attitude towards exams has existed since the Junior Cert days. END_OF_DOCUMENT_TOKEN_TO_BE_REPLACED

The pressure placed on students to do well in these exams is one thing, but if schools and colleges are so hell-bent on success in exams, then they should be putting the same emphasis on ensuring that students stay safe and stay sane during what is probably the most stressful period of their lives.

Studies have found that dropout rates are far higher among people who receive less Leaving Cert points. Why might that be? Probably because they're the type of person who doesn't suit exams. Probably because they need that extra bit of help. But based on those stats, that help isn't made readily available.

Which brings us to the Leaving Cert itself. A glorified memory test, that quizzes teenagers on everything they have studied over the course of two years. But it's not even that simple.

Take the subject of English for example. What should be a subject devoted to studying fine pieces of literature and poetry, turns into a stupid guessing game. "Which poet are you hoping comes up?" is a commonly asked question, and one that perfectly explains how ridiculous the whole thing is.

Your poet comes up, you do well, you get an A. Even though there's a strong possibility you've done the exact same amount of preparation as the person sat next to you, who studied a different poet instead. You're fine, they're fucked.

The idea of 'hoping something comes up' is flat out wrong in general. It feels like something we just accept because that's the way it always has been.

If you know enough to write competently about something that was on your curriculum, then you should be allowed to write about it, and you should be rewarded for doing so.

The problems with the Leaving Cert are literally too many in amount to properly delve into. Like the fact that they don't allow for sickness or minor bereavements. You really only get one shot. Mess up, you're essentially losing a year of your life. A year from the period that is supposed to be the best time of your life.

It has gotten to the point where exams are such a cause for concern for young people in Ireland, and that there are so many problems with the current system, that it might seem impossible to fix.

But we have to try. It's too important not to. If colleges are so determined to place so much emphasis on exams, maybe they could try, at the very least, to treat students with respect when they're going on. Maybe a change could be made.

Maybe the next generation of students won't have the same unhealthy relationship with exams that we do.

popular
The long-awaited MetroLink is finally happening, for real this time, honest
Netflix has just added 33 very big movies to its library
The full list of cancelled flights in and out of Dublin Airport on Monday (so far)
Waterford man sentenced to three months imprisonment for operating "cruel and illegal" puppy farm
Irish man rescued after he went missing for three nights in New York swamp
QUIZ: Can you guess the crisps from the pixelated packet?
QUIZ: It's time for one of our trickiest General Knowledge Quizzes yet
You may also like
6 months ago
NUI Galway criticised for in-person exams as Students' Union cite Covid concerns
7 months ago
NUI Galway Student Union slams university for “playing Russian roulette with the health of students”
1 year ago
Teachers' Union of Ireland expect State Exams to go ahead this year
3 years ago
Leaving Cert students could be assessed over two year period instead of single set of exams
4 years ago
Friends of Clare teens who drowned in a quarry face insensitive question in Junior Cert exam
4 years ago
Over 300 UCD students to re-sit exam due to 'compromised' test paper
Next Page