It's called the "friends test," and it comes from Simon Sinek, a leadership expert and hugely successful author of a number of motivational books.

Sinek recently did a Facebook Live at Business Insider and revealed the one test every person should do before they go for a job interview.

It's simple to do.

END_OF_DOCUMENT_TOKEN_TO_BE_REPLACED

While this may seem a strange thing to do and the response might initially be quite awkward, as you're asking one of your friends to evaluate a complicated relationship and put it into words, on the spot.

But breach through this awkwardness and try to get an honest answer after they initially reply with the inevitable, "We're not friends." 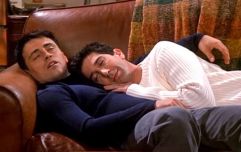 END_OF_DOCUMENT_TOKEN_TO_BE_REPLACED

Eventually they'll start describing you in better detail and the effect that you have on them. Both of these points are very important. If your friends label you with positive traits, make sure you bring these up in your job interview when you're asked to describe yourself.

You only get one chance to make a first impression so it's important it's a good one.

As for Sinek (his friend said he feels inspired by him), he would tell the interviewer:

"I wake up every single morning to inspire people to do what inspires them. I imagine a world in which the vast majority of people wake up inspired to go to work, feel safe when they're there, and return home fulfilled at the end of the day. 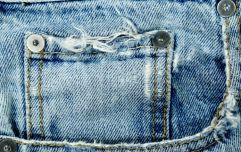 There's a reason why there's a tiny pocket on your jeans

END_OF_DOCUMENT_TOKEN_TO_BE_REPLACED

"And I think that your company is devoted to that cause as well, which is why I want to work for you. I've met people here and they all seem on that path, which is why I feel compelled to interview here. I want to be a part of whatever it is you're doing because I think it'll help me fulfill my own purpose and my own cause."

popular
Bus Éireann’s service from Dublin to London will restart this week
Gardaí unveil new Armed Support Unit vehicles to replace older models
One in two young people likely to not own a home by the time they retire
Rockstar Games reportedly shelving remasters of two of the best games ever made
Conservative Party vice chairman resigns live on TV as Johnson administration thrown into turmoil
An action-packed thriller is among the movies on TV tonight
The full list of cancelled flights in and out of Dublin Airport on Monday (so far)
You may also like
5 months ago
Here's how to download Wordle and play it for free forever – maybe?
2 years ago
Why the milk first in your tea approach is actually better
3 years ago
People are big fans of the new Google shortcuts which are making life a lot easier
3 years ago
This simple trick can make it much easier to fall asleep, according to scientists
3 years ago
This simple trick will get rid of your neck pain in 60 seconds
3 years ago
This is why you should never dry your clothes inside after washing them
Next Page