Everyone in Ireland is aware of the fada — it is one of the first distinctions between Gaeilge and Béarla that we learn as children. However, it has recently been noted that some state bodies are not including fadas when addressing citizens.

Ciarán Ó Cofaigh, a television producer who is receiving radiotherapy, raised the issue when he was told by HSE doctors that they could not include fadas on his official documentation. 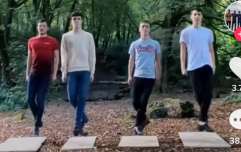 END_OF_DOCUMENT_TOKEN_TO_BE_REPLACED

The controversy has been reignited now that Ireland's Data Protection Commission has found that people have no "absolute right" to a fada in their name. The wording alone could make you shake your head. Absolute right or not, this is a conversation about basic accuracy. The idea that its excusable for a hospital or a bank to call anybody by anything besides their legal name is laughable.

Why this needs such spelling out for the Data Protection Commission, and that pun very much intended, is unclear.

A fada can make all the difference.

Imagine, if you will, that Irish history had panned out a little bit differently. If the Irish language had survived and lived on in full health as our first language. Imagine that state business was conducted as Gaeilge, and that in our hospitals, medical records were kept through ár dteanga féin.

Now imagine that these hospitals were simply unable to process any name that has a K in it. Or a J. Or an X or a Z or a Q or a W. It is an entirely parallel situation.

"Sorry, Jack, but we're going to have to make this prescription out to Seán." 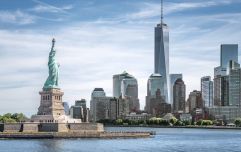 END_OF_DOCUMENT_TOKEN_TO_BE_REPLACED

Now imagine that the folks in charge of protecting data weigh in and say "Sorry, but you just don't have any right to be called Jack! Our computers can't handle those letters! Now get out of here, Seán-y boy."

The HSE has chalked the difficulty up to software used in various locations around the country, but it's not an excuse that holds very much weight in this day-and-age. Are we to believe that the buildings where we house our MRI machines and keyhole surgery equipment can't process fadas? Come on now. The whole thing smacks of a trivialisation of the Irish language that is inappropriate for state bodies.

Author of two books about the Irish language, Motherfóclóir and Craic Baby, Darach Ó Séaghdha, told JOE: "Not thinking fadas are important is a very Anglophone position. English is weird for having no fadas, umlauts or accents."

This should be comical, but I think the Irish public is pretty much well and truly finished laughing at anything that involves healthcare in this country. As Ó Séaghdha puts it: "Spelling people's names correctly isn't an unusual request unless you're late '90s era Prince."

Along those same lines, Mícheál Ó Leighin (that's three fadas) of Raidió na Gaeltachta said: "It's less about the fada and more about basic spelling in my opinion. It's going to get on anyone's nerves if their names are misspelled constantly. 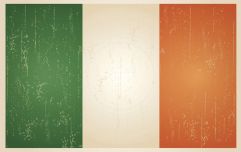 PERSONALITY TEST: What percent Irish are you?

END_OF_DOCUMENT_TOKEN_TO_BE_REPLACED

"I think people in general aren't aware of the function of the fada in Irish... and that it changes the meanings and sounds of words."

Peadar Ó Caomhánaigh, co-founder of Pop Up Gaeltacht and Radió na Life broadcaster criticised those who would downplay the importance of the issue, telling us: "In the grand scheme of things, our names are probably less important than the impending doom of society as we know it through total inaction on climate change, but it's my fucking name and it's not up for debate."

It is an attitude that is pretty much universal among those whose names come with additional strokes of a pen. Gearóidín McEvoy, a PhD candidate specialising in human rights law for minority language speakers, says: "My name is not my name without the fadas. It might be someone's name, but it's definitely not my name without them."

"Names don't exist to please other people," she adds. "They're an identity, and it's absolute madness to suggest that you don't have an absolute right to your identity in your name."

In Irish, a fada can make all the difference.

Irish people are entitled to value their identity. It can only hurt the Irish language to think of it as something that exists solely in the past, when expressions of its living, breathing nature can be seen in the names of so many of our children.

Fadas are not a relic from the past tense. They are feature of today, and tomorrow. To pretend that fadas are nothing more than an unnecessary decoration on top of a name is at best ignorant, and at worst insulting.

If you remove fadas from a word, it can drastically change their meaning. Take a simple example of Seán and "sean".  With the fada, it's one of the most common names in Ireland. Without the fada, it's the Irish word for "old".

We have no right to change someone's name, or identity, to make it easier for us to process. Even if that means updating our software.