Fancy earning €16,000 for staying in bed for two months? This could be the job for you

Are you a male, aged between 20 and 45? Are you looking to make a quick buck? Are you reasonably fit, a non-smoker, allergy-free and are free for three months between September and December of this year?

If you answered ‘yes’ to all of those questions, then you may well be interested in roles being offered up by the Institute for Space Medicine and Physiology near Toulouse in France.

According to The Guardian, scientists at the Institute are looking for young, fit and healthy males to do nothing else but lie on their back for 60 whole days in an effort to study the effects of microgravity, a state of virtual weightlessness. 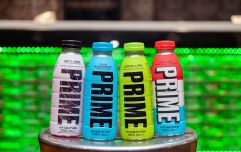 END_OF_DOCUMENT_TOKEN_TO_BE_REPLACED

Tempting as it might sound to lie on your back doing absolutely nothing and earn a quite handsome reward for doing so, it’s not exactly a walk in the park either.

For a start, two months is a long time and successful applicants will be subjected to a battery of tests for two weeks before and afterwards, so it’s really three months (88 days in total). 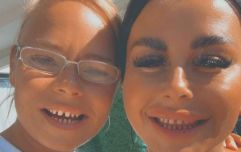 END_OF_DOCUMENT_TOKEN_TO_BE_REPLACED

As well as that, applicants will have to do everything while lying on the bed, including eating, washing and… everything else you’d do during the course of an average day, with at least one shoulder kept in contact with the bed or the frame of the bed the entire time.

Commenting on the experiment, co-ordinator Dr Arnaud Beck told 20 Minutes: “The idea of this study is to reproduce the weightlessness of the International Space Station (ISS).

“During the first two weeks our scientists will do a whole series of tests and measurements on the volunteers. This will be followed by a 60-day period during which they must remain in bed, the head slightly inclined downwards at less than six degrees.”

If the sound of €16,000 still sounds tempting and you haven’t been put off by all the associated downsides listed above, you can apply here.