Every single time I meet someone new I have to have the same conversation about why I don’t drink, which leaves me constantly trying to answer the same questions.

END_OF_DOCUMENT_TOKEN_TO_BE_REPLACED

I’ve written this piece to answer those questions more comprehensively for the people who ask them (I get my point across better in writing and I always think of an important point after the conversation is finished), but also to help me think about my choice to abstain from alcohol more critically for my own self understanding.

The quickest and easiest way for me to explain to someone initially why I don’t drink is that it’s just like a hobby that I don’t partake in.

Why doesn’t everyone do yoga? Because it just doesn’t interest some people, they’ve never even considered it.

END_OF_DOCUMENT_TOKEN_TO_BE_REPLACED

Similarly, I’ve never been interested in drinking so I’ve never done it. Ever since I was a child, nothing about drinking or the culture surrounding it appealed to me.

I never enjoyed being in pubs or bars, I never liked the smell of alcohol and any time I saw somebody drunk, all I could think about was how I never wanted to be like that.

I’m always asked why I don’t drink, but nobody is ever asked why they do drink. Whenever I’ve asked myself “why should I drink?” I’ve never come up with a convincing enough argument to make myself want to start.

These are some of the simpler reasons why I benefit from not drinking:

These initial excuses are fine but it does go deeper than that. That initial discussion is often followed by people trying to convince me of the benefits of drinking. One of the main arguments I’m presented with is alcohol’s ability to act as a social lubricant.

"You’ll be more sociable if you drink."

I am and always have been a very socially anxious person. Large social situations scare the life out of me to the point where I sometimes feel physically sick in a room full of people.

Being left alone in the middle of a party where I know nobody is one of the most overwhelming, vulnerable and uncomfortable situations I could find myself in (but that doesn’t mean I’m shy, once I’m actually engaging in conversation I’m absolutely fine, it’s the approach and build up to the conversation that makes me uncomfortable).

"I never want to rely on alcohol for anything"

I find it extremely difficult to approach somebody in a club or a bar to start a conversation. If anyone would need social lubricant, it’s me.

People always tell me that if I drank I’d find all of these problems a lot easier, and many of my friends admit that they rely on alcohol as a social crutch, that they’d also find all of these things difficult if they didn’t drink and for that reason they wouldn’t go out without alcohol.

I never want to rely on alcohol for anything.

I’d rather overcome my own social difficulties naturally, rather than hiding behind a shield of Dutch courage, pushing my personal problems under the rug and ignoring their existence. I want to deal with the problems, not hide them. Alcohol should be enjoyed by choice, not because I rely on it.

For people my age, nightlife and socialising consists almost exclusively of nightclubs and drinking.

It usually begins with pre-drinks in someone’s house so everyone is moderately (and sometimes severely) drunk before they even get to the club.

I absolutely hate nightclubs, they’re my idea of hell on Earth for a number of reasons; I don’t like the music, it’s too loud to have a proper, meaningful conversation, most people’s aim is just to get drunk, it’s dark, sloppy, sweaty and I just don’t enjoy anything about the experience. I don’t think many people would enjoy it either if they were sober.

People always tell me “you’d enjoy it if you were drinking/drunk” which may be true, I don’t know as I’ve never tried it but I look at that situation like this: If I have to be drunk to enjoy it, it’s probably not worth doing in the first place.

I’d much rather spend that time doing something that I actually really enjoy without having to be drunk.

Unfortunately, because of this culture and the lack of alternatives, most people my age spend all of their time socialising either in college or at nightclubs (neither of which I attend) and this leaves me with a significant lack of opportunities to socialise with and meet new people my age.

I often feel pressured to give in and take part in this culture just so I can socialise with people my own age, which is really frustrating and a massive shame. It’s always “Who’s going out tonight?”, “Pints after work?”, “Would you like to go out for a drink sometime?” 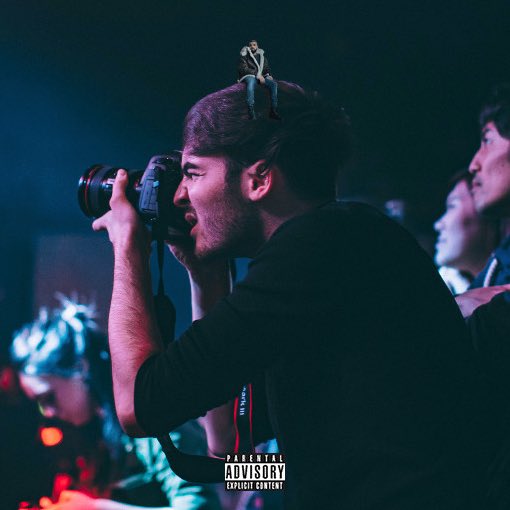 Another thing I’ve noticed is that other people try to play down the fact that they drink once they find out that I don’t, as if I’m going to judge them for drinking.

I have absolutely no problem with other people drinking around me, I’m perfectly happy to be sober among people who are drinking (to an extent, not if they’re falling all over the place).

I’ve had experiences where I’ve been out for dinner with someone and when ordering drinks, they’ll order a glass of wine or a pint, but when they find out that I’m not drinking they’ll change their order for something non-alcoholic.

I know that they want to have a drink but because I’m not drinking they feel like they can’t or shouldn’t and that really frustrates me. I want whoever I’m with in any situation to enjoy themselves as much as possible, and if for them that means having a drink, that’s great, have a few drinks! It doesn’t bother me in the slightest.

I’ve had instances where people have tried to convince to me drink as if me being sober will somehow inhibit their enjoyment of alcohol (which I find slightly offensive and confusing).

Some people have the opinion that you’re boring or unable to have any craic unless you’re drinking. I’m more than capable of enjoying myself, having fun and being engaging without drinking, but if you need to be drunk to enjoy yourself and have fun then that probably says more about your personality than mine.

I feel like some people don’t even like to have this discussion at all because it requires them to question their own obsession with/reliance on alcohol.

Although this is an essay about the reasons I don’t drink, not the cultural effects of alcohol in Ireland, I would like to briefly give my stance on it. I don’t have anything against people who drink or drinking itself, but I do have a problem with the drinking culture in Ireland.

I think the reliance that Irish culture has on alcohol and its omnipresence and unavoidability in our society is outrageous.

I don’t like the fact that drinking at a young age is so normalised and encouraged in Ireland. Many parents give alcohol to their kids when they’re well below the legal age; fourteen, fifteen, sometimes even younger, and at that age you haven’t developed the critical thinking skills or self awareness necessary to question the impact this will have on your life moving forward or why you’re even drinking in the first place.

Many people never question themselves or make an independent decision on whether or not they want to drink, they just do it because everyone else does and I think this is how most people start.

I feel like many people I know wouldn’t drink if it wasn’t normalised from a young age and if they were free from societal and cultural pressures.

Now that they’ve started it’s so much harder for them to stop. I also wonder about how alcohol would be received if it was only introduced today. I don’t think it would be accepted well.

I think we only accept it because it’s been there all along, we aren’t prepared to give up something we like and it’s much harder to prohibit something we’ve adopted into our culture already than to prevent it in the first place.

I’d love to hear other people’s experiences or opinions on anything I’ve mentioned above, whether you drink or don’t drink, whether you agree or disagree.

popular
QUIZ: You'll need to be razor-sharp to get 100% in this General Knowledge Quiz
The JOE Friday Pub Quiz: Week 307
An exciting Irish crime thriller is among the movies on TV tonight
James May reportedly hospitalised after crashing into wall at 75mph filming new show
Shooting stars set to light up Ireland's skies this weekend
The JOE Music Quiz: Week 117
Thunderstorm warning to kick in for Ireland this weekend
You may also like
4 weeks ago
New study suggests that people under 40 should not drink alcohol
1 month ago
Irish people are paying a hell of a lot more for alcohol than other EU countries
1 month ago
Strong reactions to motion to reduce legal drinking age to 16 in Ireland
3 months ago
Beer production in Ireland fell by nearly 50% in 2021 as alcohol consumption declines dramatically
7 months ago
This is how much alcohol will cost under the new minimum unit pricing system
8 months ago
Irish people among the heaviest drinkers in the world, new survey finds
Next Page