She was exchanging 'up to 40 messages a day' with who she thought was the 'Budapest' singer.

A woman was almost conned out of £5,000 by a scammer pretending to be George Ezra. Appearing on This Morning, Helen explained that she spent months exchanging messages with a person she thought was the Brit Award-winning singer.

The 51-year-old told hosts Phillip Schofield and Holly Willoughby that it all started when she posted on Ezra's Facebook page, complimenting him for his talent and ability to connect with listeners. 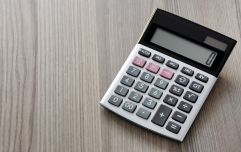 END_OF_DOCUMENT_TOKEN_TO_BE_REPLACED

Soon after this, Helen received a friend request and a message from an account named 'George Ezra'.

They then began exchanging "up to 40 messages" a day.

When Phillip asked if she thought it was "weird" that the fake George Ezra never called her, Helen replied: “Not really – busy life, three kids running around everywhere, messages were easy to fit in around the day.”

We met 51-year-old Helen who thought she had become embroiled in an online celebrity romance with her pop hero George Ezra. But it was all a lie.

At one point, the person posing as the musician even told her: “You know, I could marry you,” but Helen turned him down because she was "so much older."

She continued: “And he’s in the spotlight, I’ve got family and it just wasn’t right, even. It kind of felt like I was supporting him as a fan, not like that.”

On the one occasion she did try and phone the fraudster, they messaged back to say they were in the studio and couldn't talk.

They also told Helen not to speak to anyone about their online relationship.

Eventually, the scammer made their move and tried to get thousands of pounds out of Helen.

She explained: "He said he wanted to meet me and that the only way to do it without arousing suspicion for the press was to do it through an official channel of a meet and greet, which would cost £5,000.

In a statement, Ezra said he was 'shocked and saddened' to hear about Helen's story (Getty)

Thankfully, Helen refused to do this, prompting 'George' to get "quite upset."

She continued: "He started to put the pressure on, saying: 'C’mon, I want to see you, it isn’t that much money. Don’t you love me then if you’re not willing to spend this much money?'"

In the end, Helen's daughter Jessie became suspicious and "realised something was going on."

She then reported the ordeal to Catfish UK, but the con didn't end there. The scammer then assumed the identity of an alleged loan company that called Helen to inform her that her £26,000 loan had been successful.

As she never applied for one - and was also dealing with unusual activity on her account - she flagged the issue.

She was then contacted by someone posing as New Scotland Yard who told her that she needed to move the money to a specific account.

Helen said the whole experience had made her "think twice" about trusting people, which is probably for the best.

In a statement to This Morning, the real George Ezra said: "I'm shocked and saddened to hear that a fan of mine has been taken advantage of in this way.

"I hope that the authorities can find a way to help police and deter the rise of catfishing and that innocent people can be protected from anyone looking to deceive and defraud them."

popular
Conor Mcgregor hit by car ‘at full speed’ while cycling
New Netflix series deserves to be as big as Stranger Things
The JOE Friday Pub Quiz: Week 331
Colin Farrell shouldn't win the Oscar this year
Couple left mortified after best man delivers incredible punchline during speech
All of the new Netflix movies and shows arriving in February
Peaky Blinders creator on the lookout for 'skinheads' for new drama
You may also like
2 months ago
Elon Musk forced to make dramatic U-turn on 'hardcore' ultimatum as hundreds of Twitter staff quit
2 months ago
3,700 Twitter employees have been fired via email following Elon Musk's takeover
2 months ago
Instagram "looking into" sudden suspension of thousands of accounts
2 months ago
LeBron James calls on Elon Musk to act after use of n-word on Twitter increases by 500% since takeover
5 months ago
Massive 130ft superyacht sinks off the coast of Italy
5 months ago
Taylor Swift responds after report claims she has the highest celebrity private jet emissions
Next Page