The Best Men Can Be.

Yesterday, Gillette shocked millions by tinkering slightly with their well known — The Best a Man Can Get — slogan, and releasing a full-length ad encouraging men to be decent people. It upset a lot of people.

Undeniably, it was a bit of a cynical move by Gillette. Well, there's no maybe about it, they're trying to sell razors at a profit — that's what they do. They've identified that a good way to do so is to appeal to the progressive sensibilities that are beginning to take hold in popular culture these days. 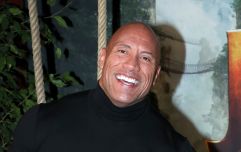 END_OF_DOCUMENT_TOKEN_TO_BE_REPLACED

But it wasn't really the cynicism that anybody was upset about. No, it was the way they moved the goalposts on us poor old men again.

As with many things, I noticed that the ad was trending on Twitter before I even had the chance to see it. Judging by the commentary that surrounded, I had assumed that the ad was a work of passionate revolution.

A revolution that told us to leave masculinity in the past, that social norms are nonsensical and that patriarchal decision-making has been at the heart of everything that has gone wrong since the beginning of time.

That's not what happens in the ad.

The specific behaviours addressed in the advertisement are 1) bullying and 2) sexual harassment. Just to be clear... we all know that these are bad things, right? I didn't miss a memo? The behaviours that the advertisement explicitly promotes include chiding a friend for hitting on a girl inappropriately, and a dad breaking up a fight between two children. Big deal.

Somehow, this tame ad was criticised for painting all men as savage animals who are to be blamed for everything and trusted with nothing.

Except it does the opposite. Objectively. Demonstrably. It gives examples, both fictional and real world examples, of men behaving honourably. 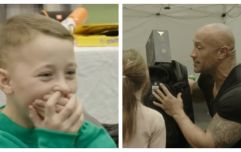 END_OF_DOCUMENT_TOKEN_TO_BE_REPLACED

It has a guy stopping his friend from following a woman down the street. It has footage of actor/muscle-man/legend Terry Crews testifying before the US House of Congress on the dangers of sexist behaviour.

It shows a father telling his daughter that she's strong, and features footage from a viral video that shows an older man teaching two young neighbourhood lads to shake hands and make up.

“Boys will be boys”? Isn’t it time we stopped excusing bad behavior? Re-think and take action by joining us at https://t.co/giHuGDEvlT. #TheBestMenCanBe pic.twitter.com/hhBL1XjFVo

The voiceover explicitly says, "We believe in the best in men. To say the right thing. To act the right way. Some already are, in ways big and small." 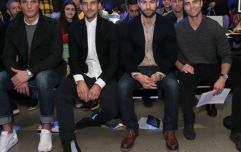 END_OF_DOCUMENT_TOKEN_TO_BE_REPLACED

It's incorrect to suggest that this ad does anything but encourage the most basic principles of decency. It shows a fight being broken up  — it doesn't show the two kids being thrown in jail, it just shows the father calmly explaining that that's "not how we treat each other." Big, big deal.

What kind of messed up world do we live in now where it's a political statement to teach your kid that fighting is inadvisable? That it's simply a left-wing ideal that women shouldn't be harassed? Is respecting people really beyond what we're prepared to consider?

These are the principles of masculinity that we should all be defending. Not the right to yell at women or resort to violence whenever our impulses call for it. Instead, we should champion values like supporting others, respecting vulnerable people and, where we can help it, not bating the head off each other in the back garden.

What kind of world are we living in where men think it's a better look to ally themselves with Piers Morgan than with the thousands of reasonable voices on the other side?

Why on earth would anyone willingly, publicly, take the same side as Morgan? Is that really the pinnacle of masculinity to which you personally aspire? This embarrassing, squelchy, gammony man who made himself get sick (literally) with sheer rage on TV because a popular bakery has the nerve to sell a vegan option?

The man is the living embodiment of the scene in The Simpsons where Mr Burns asks Abe Simpson if he can go five seconds without embarrassing himself — seconds before Simpson's suspenders snap and his pants fall down.

So where can we find better role models? We don't have to look far. Last week, the online world tangled with a similar furore.

The Daily Star newspaper printed an interview with Dwayne 'The Rock' Johnson in which it claimed that he had blamed society's problems on a "snowflake generation" which was always "looking for a reason to be offended."

"If I ever had an issue with someone, a group, community or a generation — I’d seek them out, create dialogue and do my best to understand them," he wrote. "Criticising ain’t my style. I don’t cast stones and we all get to be who we are."

Unfortunately for Dwayne, living up there on his Hollywood pedestal, he missed the recent masculinity update that says things like "creating dialogue" and "understanding" are utterly antithetical to being a man.

But what would THE ACTUAL ROCK know about manliness anyway?

Gillette's short ad sets out a framework of values so uncomplicated. It sets the bar so achieveably low that we can simply step over it by not hollering at women in the street. It asks us to do the very bare minimum.

For some men, even that is too much.

House of Rugby Ireland · Quinn Roux on finding a home in Ireland and Mike McCarthy brings the absolute HEAT!
popular
The 50 most iconic songs of all time* have been revealed
Xbox reveals full list of exclusive games arriving in 2021
Warner Bros. plan new Harry Potter movie and they want Daniel Radcliffe to star in it (Report)
Simpsons writer reveals how he predicted the presidency of Donald Trump
Snow and ice warning issued for seven counties
New year, new you, new career? This opportunity could be right up your street
17 times Obama and Joe Biden proved they have the world's greatest bromance
You may also like
1 week ago
The JOE Movie Quiz: Week 84
3 months ago
The Rock has endorsed Joe Biden for US election
4 months ago
Dwayne 'The Rock' Johnson has tested positive for Covid-19
11 months ago
A necessary tribute to the joyful mayhem of the Fast and Furious saga
1 year ago
New comedy TV series based on The Rock's early days is in development
1 year ago
The new WWE video game is astonishingly broken
Next Page