“The best light tasting lager our brewers have ever created.”

Brewers at the famous St. James’s Gate Brewery in Dublin have unveiled a new lager known as ‘Rockshore,’ a beer inspired by the “rugged refreshing experience of the west coast of Ireland”.

Rockshore Irish lager has an ABV (alcohol by volume) of 4%, contains 106 calories per bottle and will be rolled out nationally from Thursday.

END_OF_DOCUMENT_TOKEN_TO_BE_REPLACED

Described by Niki Maccorquodale, Head of Beer Innovation at Diageo Europe as “the best light tasting lager our brewers have ever created,” it will be available in pubs, bars, restaurants, off-licences, supermarkets and convenience stores throughout the country over the coming weeks.

Speaking at the unveiling of Rockshore on Thursday, Niki Maccorquodale said: “We are absolutely delighted to introduce Rockshore - a light, refreshing tasting lager inspired by the west coast of Ireland from our Brewers here at St James’s Gate.

“Undoubtedly, one of the most captivating parts of Ireland, the west coast is home from home for many of us. From weekend trips with mates, to the salty spray of the Atlantic sea, when the people, playlists and pit stops matter more than anything else in the world, at that moment in time.” 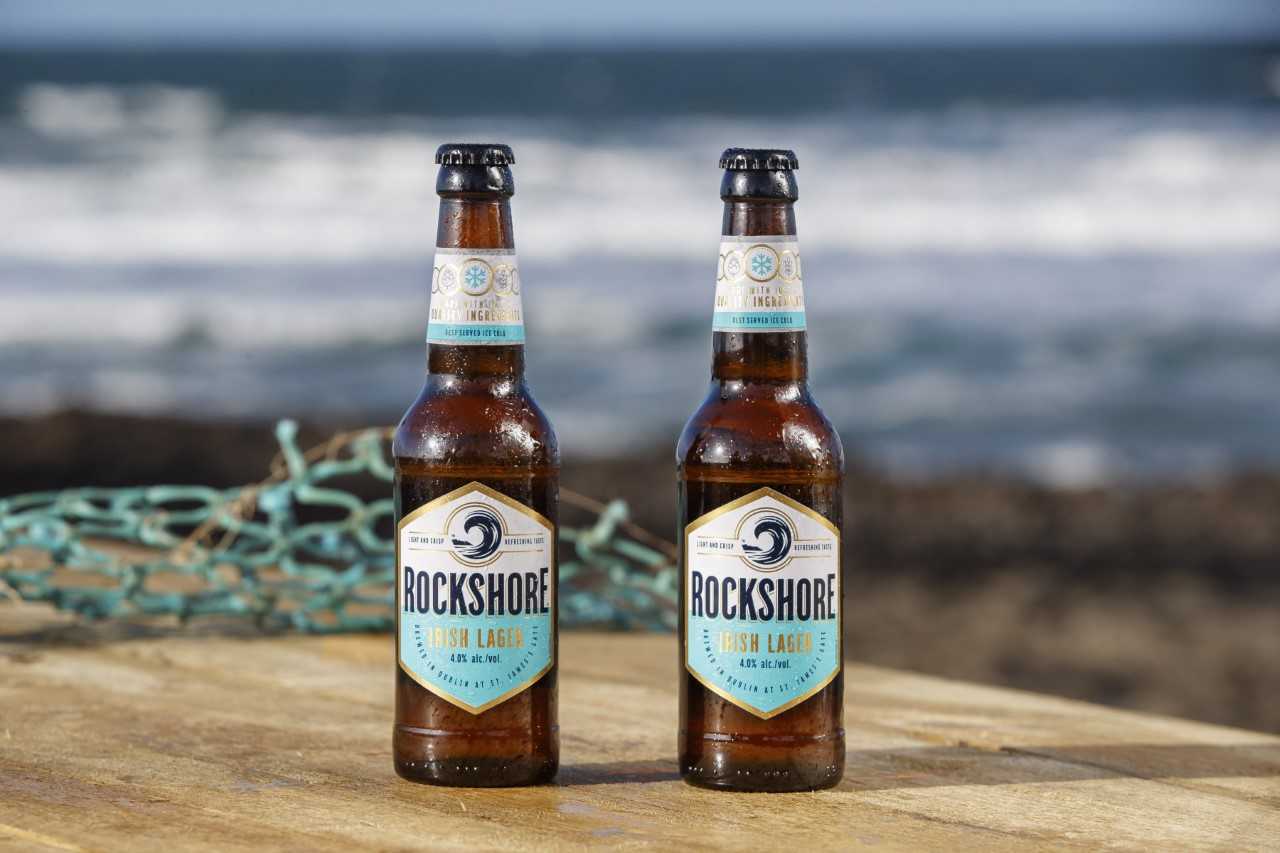 “People are increasingly looking for choice, particularly among beers and lagers offering a refreshing and light taste,” Maccorquodale added.

“Brewed using only four quality ingredients, Rockshore is the best light tasting lager our brewers have ever created and we can’t wait for people to try it.”

You’ll be seeing a lot more of Rockshore when a big advertising and marketing campaign kicks in from 1 April, while there are plans for a series of collaborations and experiences over the summer months.

The Big Reviewski || JOE · Mortal Kombat director Simon McQuoid and new Sub-Zero star Joe Taslim on fatalities and fight scenes
popular
The JOE Friday Pub Quiz: Week 242
Here are the best movies on TV this evening
Kate O'Connell lays into Fine Gael in explosive Claire Byrne interview
COMPETITION: Win a star-gazing camping adventure to the stunning Aran Islands for you and your housemate
"Giant" piece of Chinese rocket set to hit Earth this weekend
"I'm not apologising to anybody." Eoghan Harris calls banned anonymous Twitter account "benign"
The 50 most iconic songs of all time* have been revealed
You may also like
2 years ago
Fanta Lemon fans rejoice, it's here to stay in Ireland
2 years ago
Donegal nightclub's new 'Bomb in a Bag' drink proves big hit at Donegal rally
2 years ago
Ed Sheeran fans will be able to order take-away while queuing for his gigs in Phoenix Park
2 years ago
Deliveroo are now delivering grub to public parks across Ireland
3 years ago
Coca-Cola is launching its first ever slushie
3 years ago
One of Ireland’s most beloved ice-creams is coming back just in time for summer
Next Page