Who is Logan Paul?

There are three reactions you could have to this name.

One, you haven’t a notion who this guy is. 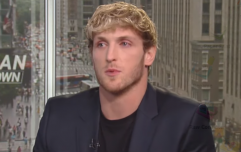 END_OF_DOCUMENT_TOKEN_TO_BE_REPLACED

Two, you revere him as one of the most entertaining internet personalities ever to rise on the YouTube platform.

Or three, you hate his damn guts and everything he stands for.

If you don’t know who he is, let us fill you in. Strap in your seat-belts, because it's a bit of a roller coaster, starting with the reason he's in the news today.

The Internet celebrity has received an enormous amount of backlash over a video he made while visiting Japan's "suicide forest," in which he and his friends appeared to find a dead body. 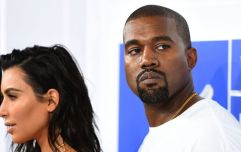 Donald Trump, Kanye West and Rihanna among Time Magazine's 'most influential people on the Internet' list for 2018

END_OF_DOCUMENT_TOKEN_TO_BE_REPLACED

He has since filmed and released a video apology, which you can watch by clicking here.

Before today's controversy, however, let us take you back to 2014, when Logan Paul first became an internet sensation on Vine. This app allowed people to upload videos limited to 6 seconds and its founders had expected users to use the platform to view and share quick clips of everyday life.

However, when Logan Paul and a handful of others began creating lightning-fast comedy videos, their careers sky-rocketed and many of them, including Logan, were only kids at the time. 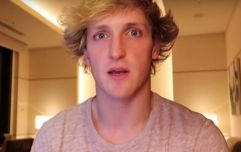 END_OF_DOCUMENT_TOKEN_TO_BE_REPLACED

The app gained a massive cult following that revelled in the ludicrous comedy sketches and its most-followed creators became superstars, with Logan Paul becoming one of the top of the top performers, a megastar on the platform. Brands were eager to get a piece of the millions of eyes that were devouring his content and it's a not-so-hushed secret that some of Logan’s branded Vines netted him over 6 figures for a single 6 second video.

6 seconds is not much time to provide a comedy sketch, let alone a product placement, but these guys managed it until they found better ways of monetising this colossal following that was continuing to grow in droves. When faith in Vine began to waver, Logan Paul shifted his efforts from the app and created a new following on other social media platforms such as Facebook, YouTube and later, Instagram.

His longer-form comedy resonated on Facebook and went massively viral, with his Facebook page sitting at over 15 million Likes with his top viewed video bragging over 290 million views.

Following the shutdown of Vine, many of its influential creators lost their followings.

But not Logan Paul, who had moved to Los Angeles and continued to collaborate with massive Facebook and Instagram influencers, while at the same time developing an acting career that saw him landing TV and film roles, as well as creating and starring in his own TV show, Logan Paul VS, and directing and starring in his own movie Airplane Mode (which is to be released in 2018).

Logan Paul’s career trajectory, from creating 6-second Vines every day in high school, to accumulating a massive social media following on Facebook, Instagram, YouTube (to a lesser extent at this point) and Snapchat, was nothing short of astronomical, but it appears that Logan Paul and his brother Jake Paul (also a social media influencer) weren’t yet satisfied with their fame. They strove for utter internet domination and so set their sights on a different strategy on YouTube.

At this point, Logan Paul held a YouTube channel with over 300,000 subscribers where he frequently uploaded longer-form comedy sketches. However, both he and his brother extensively researched the top influencers on the platform who were creating creating viral videos almost every week with a format of video that is now a much more common term; the vlog.

A very select few of YouTube’s top creators were creating vlogs about their everyday lives, allowing their audience into every detail of their lives and letting them follow along as they conducted their day, interacting with friends, family and strangers. The audience felt like they saw everything. And so, the video creator didn’t just feel like some untouchable internet personality but felt like a person the audience knew, a real friend that you could rely on to produce an entertaining video about their lives.

This kind of relationship didn’t just make the creator feel good, but it proved to be extremely, and we'll stress that again, EXTREMELY profitable. These individuals now had hordes upon hordes of fans who felt they had a real connection with their idol.

Fans like these will unquestioningly buy every stitch of clothing, product or even subscribe to any opinion that a particular influencer puts in front of their audience. Additionally, we have to remember that most of these fans are very impressionable kids looking for role models.

Not everyone is a fan though (especially so after his recent videos) and, as Irish TV and radio personality Stephen Byrne highlights, this isn't the first time the Paul family have filmed something many would consider to be inappropriate, including this particularly creepy and stomach-churning clip of the Paul's dad kissing one of their female friends.

This whole @LoganPaul situation had me questioning why his parents never step in and say WTF but then I remembered this video of his dad dabbing before creepily kissing one of his brother's young friends. We all become our parents. pic.twitter.com/ZjVcZ12sUK

Approximately a year and a half ago the Paul brothers began daily vlogging. They didn’t waste time like other creators in editing their own videos. They hired editors. They weren’t satisfied with simply showing a normal everyday kind of video of their lives. Instead they started doing something crazy every single day, going out of their way each day to do something that they think will go viral.

Every. Single. Day. Without fail.

This saw them pulling off massive stunts in a single 24-hour period such as challenging themselves to stay undetected in the White House over a 12 hour period, to jumping on a trampoline flying in the air connected to a helicopter and to faking their own death in front of their fans.

Logan Paul's personal YouTube channel went from zero a year and a half ago to being the fastest-growing channel on YouTube. He now sits at 15 million subscribers and still growing outrageously fast. Not long ago it was unheard of that a single video of someone’s daily life would be seen by over a million people, but now each and every one of Logan’s daily vlogs accumulates between 5 to 7 million views per day.

In a year and a half Logan Paul has grossed almost 3 billion total views on his YouTube channel and has gone from being a very wealthy "Viner" to being a multi-million dollar-earning YouTuber.

The Paul brothers are extremely competitive and now that they are dominating the YouTube landscape, they only consider each other true competitive rivals, but it'll be interesting to see how this backlash affects both of them and their social media careers from this point onwards.

You can watch Logan Paul's full apology by clicking here.

popular
The "eighth best movie ever made" is among the movies on TV tonight
Jennifer Lawrence sparks controversy by saying she was the first woman to lead an action movie
One of the best films of all time is among the movies on TV tonight
The start of the superhero takeover of Hollywood is among the movies on TV tonight
Met Éireann updates weather warning for entire country as temperatures set to fall to -6
QUIZ: JOE’s Big News Of The Day Quiz #27
Mia Khalifa claims seaside town is better than Miami
You may also like
4 months ago
Logan Paul pulled off a high-flying move that left fans stunned at Summerslam
3 years ago
Katie Taylor has absolutely no time for KSI and Logan Paul as they headline boxing event
3 years ago
Logan Paul criticised after revealing plans to "go gay" for a month
4 years ago
YouTube cuts ties with Logan Paul over ‘suicide forest’ video
4 years ago
YouTube finally responds to the Logan Paul controversy
4 years ago
COMMENT: Defending celebrity cult icons like Trump, McGregor and Logan Paul is a toxic cycle
Next Page