The gentleman also broke the rules of his house arrest.

Some marriages can be a chore and no one knows that better than a man under house arrest in Italy who begged police to serve the rest of his sentence in prison because he "couldn't stand his wife".

A 30-year-old Albanian man, who has not yet been identified, marched himself to the police station in the hope that he could escape his spouse.

END_OF_DOCUMENT_TOKEN_TO_BE_REPLACED

Local Italian media say that the man, who was under house arrest due to drug-related crimes, walked down to the police station on Saturday evening, 23 October.

There, he requested that he be sent to prison – which paints a pretty dire situation at home.

Oddly enough, the authorities listened and the man was transferred to prison from his home in Guidonia, a town outside of Rome. 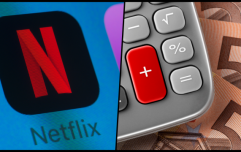 END_OF_DOCUMENT_TOKEN_TO_BE_REPLACED

However, the police didn't transfer him because they felt for his difficult situation but instead because he broke the terms of his house arrest.

It has not yet been disclosed whether the gentleman will serve a longer sentence following his breaking of the rules.

"He lived at home with his wife and family. It wasn't going well anymore," a police official told AFP.

Police also confirmed that he had numerous years of his sentence left, which he will now serve in prison.

The husband and wife probably need to figure out their differences before he is released in a few years time.

popular
Elderly Irish man stabbed to death on mobility scooter in London
Here's how to make €9-11 on Revolut in just a few minutes
New car-free town with population of 85,000 set to be built in Dublin
QUIZ: Can you name all the countries beginning with A?
Galway City Council street cleaners claim Lotto jackpot worth over €5.5 million
Dunnes Stores recalls children's pyjamas over suffocation risk
A terrific '90s crime drama is among the movies on TV tonight
You may also like
4 days ago
Salman Rushdie likely to lose an eye following stabbing in New York
5 days ago
Author Salman Rushdie reportedly stabbed on stage during event in New York
5 days ago
WATCH: Flight makes scary 'lowest ever landing' at Greek airport, narrowly avoiding plane spotters
5 days ago
Actress Anne Heche "not expected" to survive coma following car crash
1 week ago
Ryanair expects "zero disruptions" from strikes by Spanish cabin crew unions
1 week ago
Archie Battersbee dies aged 12 as life support is withdrawn
Next Page