If we've learned anything from watching Planet Earth II on Sunday evenings, it's that snakes are evil little feckers and iguanas are the underdog we never knew we wanted to cheer for.

Before the show began, stunning clips of Planet Earth II emerged on BBC and in teaser clips across the internet. The BBC's stunning new documentary show travels to some of the most dangerous and volatile regions in the world to film some of the world's most exotic animals. 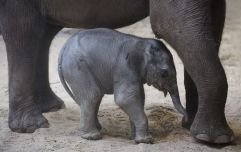 END_OF_DOCUMENT_TOKEN_TO_BE_REPLACED

It provides us with a raw view of life in the wild as animals demonstrate their cunning and guile to do what's necessary to survive their often harsh environments.

There's no doubting the spectacular cinematography of the series. This week's episode was like watching a Mad Max movie but with the added undercurrent of swarming locusts.

It's impossible not to get captivated by the scenes emerging on screen. When the little iguana was in the death grip of the racer snakes in the first episode, it almost felt like he was a loveable family pet about to meet an untimely end. The helplessness of the situation burned in our chests as the serpents contorted and squeezed the lively lizard towards submission.

Amazing footage: a hatchling sea iguana makes a run for its life to the safety of the shore, but will it escape the runner snakes? pic.twitter.com/c9zIhyed4y

His battle for survival struck a chord with many viewers and from that moment, people were hooked on the show. 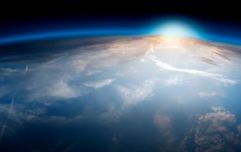 END_OF_DOCUMENT_TOKEN_TO_BE_REPLACED

Unfortunately, there's only one episode each week, and there's also only six episodes in this current season. So you're going to need to find a new way to supplement your thirst for wildlife imagery. But thankfully, these wonderful photographers and accounts on Instagram have got your back.

Following these will certainly brighten up your Instagram timeline...

Paul Nicklen is a Canadian biologist and photographer who works for National Geographic.

A running trend in this piece is that many of the photographers work for National Geographic. Cory is no different.

Steve is photojournalist and conservationist who captures some wonderful animals shots around the world.

This couple are conservationists who provide wildlife photography. As well as writing books, they also host safaris around the world, and provided the main image for this article.

Ocean Conservancy is working to protect the ocean from today’s greatest global challenges and are looking for scientific solutions for a healthy ocean and the wildlife that lives within it.

The USFWS is dedicated to the conservation, protection, and enhancement of fish, wildlife and plants, and their habitats.

A post shared by U.S. Fish and Wildlife Service (@usfws)

Another photojournalist for National Geographic, Ziegler is a tropical biologist who captures wondrous scenes from around the world.

popular
One of the best action movies of recent years is finally available to watch at home
The JOE Movie Quiz: Week 138
QUIZ: Try score top marks in the hardest country flag quiz you'll ever take
QUIZ: Can you name every Batman actor in three minutes?
QUIZ: Give this General Knowledge Quiz a whirl
Woman hospitalised following stag attack in Kerry
The JOE Friday Pub Quiz: Week 278
You may also like
2 months ago
An excellent drama starring Jake Gyllenhaal is among the movies on TV tonight
2 years ago
Fine Gael reject suggestion to reintroduce wolves into Ireland
2 years ago
WATCH: Here is your first look at Seven Worlds, One Planet, David Attenborough's epic new project
3 years ago
PIC: Tyrone man finds Elk skull and antlers believed to be 10,000 years old
4 years ago
The first episode of Blue Planet II had everyone watching in tears
4 years ago
Say hello to last whale to be born in captivity in SeaWorld
Next Page