Muireann had the perfect response to the announcement of the nominations.

Several weeks back, Today FM announced that they were shaking up their daily and weekly schedule, with new hosts and new shows.

As part of the shake-up, presenter Muireann O’Connell said that she has been "fired" from the station, with Mairead Ronan replacing her.

Hello lovely people! I have been fired from @TodayFM It’s all good. Like, it’s embarrassing and I’m a bit sad but I love almost everyone in that station and wish them all the best in the future. @cocomairead will be great! 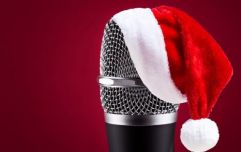 END_OF_DOCUMENT_TOKEN_TO_BE_REPLACED

This morning (Tuesday 3 September), the Irish Music Rights Organisation (IMRO) announced their nominations for the 2019 awards, and O'Connell has found herself nominated not once, but twice.

She has been nominated in the Music and Entertainment Presenter of the Year category, and in the General Music Programme category.

Once the news of the nominations was made public, O'Connell had the perfect reaction on Twitter:

Incredibly grateful for both my @IMRORadioAwards nominations. Now, would station anyone have an ol’ spare seat? 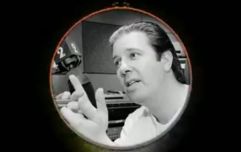 END_OF_DOCUMENT_TOKEN_TO_BE_REPLACED

For the Music and Entertainment Presenter of the Year, O'Connell will be going up against Dara Quilty (98FM), Dermot Whelan (Today FM), Luke O'Faolain (98FM), and Ray Foley (Cork's RedFM).

The full list of nominees in all categories can be found here, and the 2019 IMRO Awards will take place on Friday 4 October at the Lyrath Estate Hotel in Kilkenny.