If you own an iPhone, good for you.

That must mean that you eat gold coins for breakfast, bathe in diamonds, and can afford to live in Dublin. 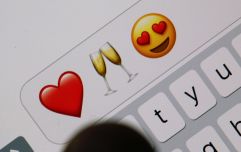 END_OF_DOCUMENT_TOKEN_TO_BE_REPLACED

Or it just means that you've got a decent phone because you want to be able to contact people and scroll through Instagram without your phone lagging every two seconds.

According to some new research, though, having an iPhone actually points to the former... apparently.

A new study published by the National Bureau of Economic Research found that almost 70% of people who have an iPhone also have high incomes.

The study considered the following:

"We measure cultural distance between two groups as the ability to infer an individual's group based on his or her (i) media consumption, (ii) consumer behaviour, (iii) time use, or (iv) social attitudes.

"Knowing whether someone owns an iPad in 2016 allows us to guess correctly whether the person is in the top or bottom income quartile 69 percent of the time.

"Across all years in our data, no individual brand is as predictive of being high-income as owning an Apple iPhone in 2016."

The study is basically saying that if you own an Apple product, it's a sign of status.

However, the research didn't state what Apple products they were talking about... and we all know there's a massive difference between a MacBook Air and a secondhand iPhone 3G you got from Cex.

The Big Reviewski || JOE · Matt Damon, Camille Cottin, Abigail Breslin and director Tom McCarthy discuss new drama Stillwater
popular
Leo Varadkar said he tried to be "extra careful" while attending Katherine Zappone's 50 person function at hotel
1,314 new cases confirmed across Ireland as total of deaths related to Covid-19 climbs to 5,044
WATCH: Matt Damon reacts to Dalkey bar creating a cocktail called The Matt Damon
Scientist says decision to go ahead with communions and confirmations could lead to "super-spreader events"
Netflix unveils its full list of classic movies arriving throughout August
Electric Picnic won't go ahead this year as Laois County Council refuse to grant licence
Met Éireann issues weather warning for entire country ahead of week of thunder and flooding
You may also like
6 months ago
The new iOS 14.5 update will let you unlock your phone with a mask on
8 months ago
Get €100 off these smartphones when you switch to Vodafone Pay as you go
8 months ago
Apple forced to pay €95 million after admitting they slowed down old iPhones
1 year ago
iOS 14 will bring some big changes for iPhone users
2 years ago
Apple announces the return of the iPod Touch
2 years ago
New WhatsApp update may block you from taking screenshots
Next Page