The international media treated last weekend's Papal visit as one of enormous gravity. The New York Times sent out an email to their mailing list to let everyone know the Pope had landed in Dublin. CNN kept picture-in-picture coverage of the visit going while it discussed the death of Senator John McCain, one of the most important figures in American politics. It was a big enough deal in Britain that Sky News claimed that Pope Francis was actually visiting England instead.

RTÉ, too, bent themselves into a pretzel trying to cover every element of the visit from all angles, in the end showing more than 20 hours of coverage dedicated to Pope Francis throughout his 36-hour visit. 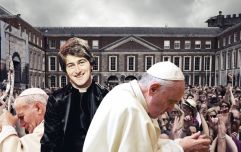 A tale of two Popes, one comedian and a changed country

END_OF_DOCUMENT_TOKEN_TO_BE_REPLACED

Ireland's state broadcaster revealed on Monday that 535,000 tuned in to see the Papal mass in the Phoenix Park — a figure that would not be enough to break into the Top 20 most watched programmes on RTÉ for 2017. And if you're sat there, reading this, thinking "Well, of course not, it's just a mass" — then consider my point proven. 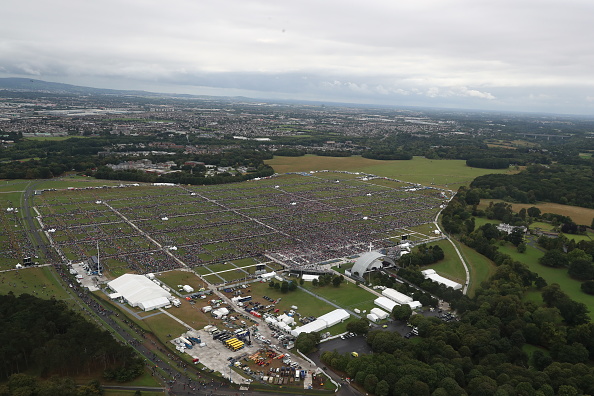 None of the media furore, with all its obsessing over Ireland's status as a "Catholic country" reflected the attitudes of the Irish people. At home, the prevailing sentiment was one of disinterest. Even many of those who did watch on TV were more interested in the coverage. It was like tuning in to the football to watch Après Match.

It seems we've finally accepted our Catholicism for the absurd joke that it has always been. 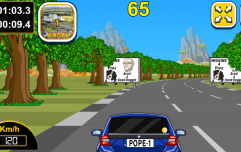 END_OF_DOCUMENT_TOKEN_TO_BE_REPLACED

It's never been a funny joke, mind. It has always been sad. No less so now than before. But we are at least finally entering a phase of comparative freedom. Measures are being taken to wrest control of our institutions, such as hospitals and schools, away from domination by the church. It's not being done fast enough, but it's happening.

The law is finally catching up with the will of the people too. Same-sex marriage and abortion have been legalised in landslide votes, and it seems likely that our blasphemy laws and constitutional designation of women as home-makers will soon be repealed.

And the distinct lack of interest in the Papal visit is perhaps the clearest indicator yet of an Ireland transformed.

Debates have been had about the size of the crowd — the kind of thing that seems to matter in this Trumpian era of propaganda bombardment from all sides. But the exact numbers don't matter. The empty streets were enough. The empty seats in Croker. All those wide patches of green grass in Phoenix Park that in 1979 would were trampled by a stampede of fervent worshippers. 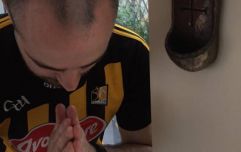 PIC: This 'holy haircut' to mark the Pope's visit really is quite something

END_OF_DOCUMENT_TOKEN_TO_BE_REPLACED

The final number appears to be slightly higher than the original 130,000 quoted by RTÉ, and nowhere near the 500,000 that were expected — a figure which was already less than half of the turnout in 1979. Almost one-third of the population turned up 39 years ago. This time around it was certainly less than 5%, especially when one accounts for the amount of people who travelled to Ireland from elsewhere.

The low turnout should surprise precisely nobody who has been paying any attention to Ireland for the last 10 years.

So how did this happen?

In one word: abuse. Sexual abuse. Abuse of cosy relationships with governments to design laws that actively harmed the public. Abuse of children and young mothers that the state entrusted to the church for some god forsaken reason. Decades and decades of abuse and a public that slowly grew informed, and angry, and powerful.

This weekend, that public proved that it was prepared to shout down even the most powerful Catholic voice on earth.

Victims and survivors of clerical abuse demand justice. They demand love. They demand truth. The Stand4Truth protestors told us as much by broadcasting the words against the front of O'Connell Street's GPO, that evergreen emblem of Irish rebellion and freedom. 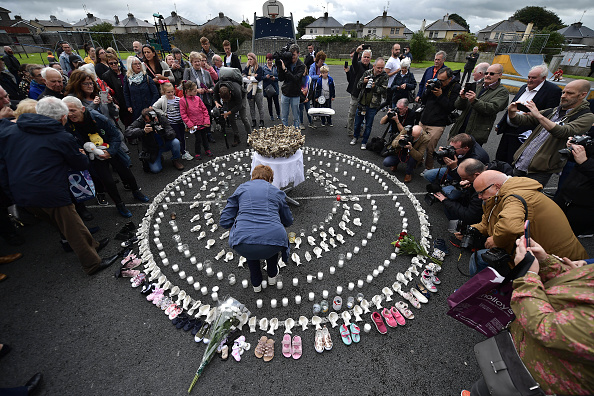 But Catholicism, as we've experienced it until now, has been a joke.

It has never made our society less adulterous. Any less violent. Any less sinful. It never made us any more forgiving of those who trespass against us — Joe Duffy has built an extremely successful broadcasting career based on little other than our desire to publicly eviscerate those we believe have wronged us in any way.

It has certainly never made us any better at taking care of our most vulnerable.

But it allowed us to pretend. To go to mass every Sunday and bless ourselves when we pass a church and frown at women in short skirts and gossip about men who never married. And to tell ourselves that these things make us holy.

But behind closed doors, we have always laughed at the hypocrisy of it all. The church certainly laughed, while our lawmakers denied us rights at the whim of cardinals in a far away city. While women had their children ripped away, while babies were buried in mass graves, while sexual abuse was covered up and thus further facilitated at the very highest level.

Pope Francis signs the visitor book in Dublin Castle. While the Pope is visiting a very different Ireland to his predecessor in 1979, 78% of people here still identify as Catholic and faith remains an important part of many people’s lives. #popeinireland pic.twitter.com/EWMUcLwWn4

At an estimated cost of €32 million, the Papal Visit was certainly a waste of money. But that's not to say it was worthless. Indeed, we have learned a great deal about the Ireland we live in now.

We are Catholics who know that we've been irredeemably failed by our church.

When Leo Varadkar reminds us that the country remains 78% Catholic — that doesn't mean that 78% of us blindly follow principles of Papal infallibility and the diktats of the Vatican. It means that 78% of us ticked a box on the Census that most closely represents how we were raised. Dragged to church. Schooled by priests. Vaguely associating with the kinder principles espoused by Jesus and his mates.

Ireland's Catholicism has always been a sad joke told to hollow laughter. The Papal visit has proven that the joke is getting very old, very fast.

popular
The JOE Friday Pub Quiz: Week 331
New Netflix series deserves to be as big as Stranger Things
QUIZ: JOE's Big News Of The Day Quiz #39
Couple left mortified after best man delivers incredible punchline during speech
Forspoken breaks the golden rule of gaming... and not in a good way
BBC apologises after calling Paul Mescal 'British' in Oscar coverage
Irish names among the top 10 hardest words for British people to pronounce
You may also like
3 years ago
More people watched Daniel and Majella on Room to Improve than both All-Ireland Finals last year
4 years ago
Dublin Zoo claim that Papal visit contributed to decline in visitors
4 years ago
Poor attendance at the Pope's Mass blamed on RTÉ and poor weather
4 years ago
Tuam Survivors Network condemn Katherine Zappone for 'publicity stunt'
4 years ago
Figures reveal how many people watched Pope Francis in Ireland on RTÉ
4 years ago
The Pope's Skoda that he used in Dublin will be donated to help the homeless
Next Page