One emoji says it all.

A blogger’s request to secure a free meal at an Irish restaurant backfired in fairly spectacular fashion this week when the restaurant’s response was picked up by media outlets all over the world.

On Tuesday, Campagne Restaurant in Kilkenny, the recipient of a Michelin star in 2014, posted a snippet of an email it received from a blogger who was seeking a free meal for two in exchange for exposure on their blogs and social media accounts.

The start of another week in paradise..🙄 pic.twitter.com/zLP3bhBORV 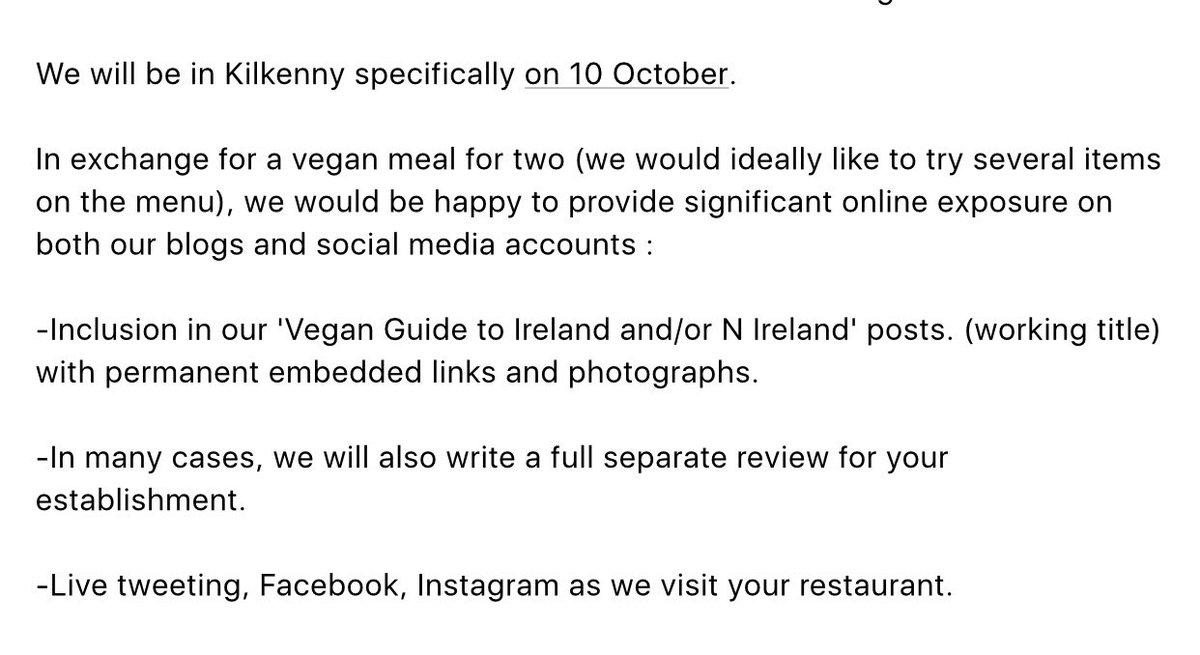 Pic via Twitter/campagnerestaurant via Storyful

Posted with the line ‘the start of another week in paradise’ alongside what Emojipedia describes as ‘face with rolling eyes emoji’, the tweet has garnered over 530 retweets and over 2,200 likes at the time of writing.

Since Tuesday, Campagne’s response to the email has been picked up international media outlets such as Mashable, Huffington Post, the San Diego Union Tribune and the Telegraph.

While there was plenty of support for the manner of the response, the restaurant’s Twitter account has been responding to various parties unimpressed with the posting of the initial request, despite the fact that the blogger in question was not named publicly.

Somehow, we think this particular one was posted with tongue firmly in cheek...

Following on from this, my wife and I had a delightful experience there at the weekend. Please refund out bill in exchange for this tweet.

popular
One of Keanu Reeves' best movies has just been added to Netflix
"Clear as daylight" that unvaccinated people are a risk to themselves and others - Taoiseach
The JOE Movie Quiz: Week 131
QUIZ: Do you reckon you can get 15/15 in this General Knowledge Quiz
A terrific crime thriller is among the movies on TV tonight
QUIZ: Can you get full marks in this General Knowledge Quiz?
QUIZ: Name all the countries that contain 11 letters
You may also like
1 month ago
Make "No Bones" about it - this dog has taken over TikTok
2 months ago
"Only in Dublin" - Viral clip sees three men remove sofa from window with sweeping brushes
2 months ago
Clothing store selling €85 costume inspired by viral Bernie Sanders meme
2 months ago
BBC reporter Phil McCann responds after going viral
2 months ago
Garth Brooks might be returning to Ireland, and people have a lot to say about it
3 months ago
Kids pull "Bart Simpson" style prank on school board in brilliant viral clip
Next Page