Jackie Weaver has responded to his overnight fame after the Zoom recording of a Handforth Parish Council meeting went viral on social media.

Like many things in the last year or so, local council planning meetings have moved online due to the coronavirus. Normally they would only be of interest to people in the local area being discussed - and even then, only the most hardcore local politics geek would actually sit through them.

END_OF_DOCUMENT_TOKEN_TO_BE_REPLACED

But this video of the Handforth Parish Council is something different. It all kicks off in the meeting, with members screaming at each other, and being thrown out of the Zoom call.

Read our 41 take-aways from it here.

And now the star of the show, the voice of reason, Jackie Weaver, has broken her silence on the story of the decade.

END_OF_DOCUMENT_TOKEN_TO_BE_REPLACED

"The surprise comes in large part because 99.99% of council meetings are just not like that.

"They are often less exciting than we might hope they were.

"Although this has a positive spin for it, most of the time, I'm trying to encourage people to get involve with parish councils, to raise their profile etc.

"I guess the plus side of this is, it's certainly done that." 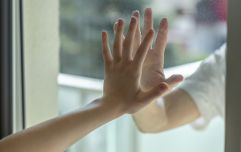 Level 5: What is a social bubble and who can have one?

END_OF_DOCUMENT_TOKEN_TO_BE_REPLACED

She went on to say she has received "nothing but lovely support from people."

On a more sombre note, she said "there is an element of bullying and bad behaviour in local councils, and a lot of us are working very hard - and that includes central government - to try to do something about that."

On the virality of this call in particular, Weaver said: "Clearly there is amusement in the way somebody has actually just lost it.

"It's harsh to take pleasure from that."

Weaver kept her cool on the call while everyone watching at home laughed. She explained: "If you can see that the other person has lost it, there is a sense of, 'I did ok there because I held it together."

"There would have been a certain pleasure in fighting the argument; 'I'm legitimately here', 'this is my role, you're all wrong, these are the facts.'

"But actually I wasn't there to train them in how you hold a parish council meeting.

"I was very focused and I was there to support the three councillors that wanted to get on with the ordinary, often dull business of a parish council"

Jackie Weaver, we do not deserve you.