"Look at that view!"

Just about everyone loves Jamie Dornan.

Regardless, another name that can be added to the list of those who Adore Dornan... Adornans? Is that what the collective of his fans should be called?...

People, being people, were quick to notice something in the, uhm, foreground...

“Please tell me that is a golf ball…” LOL from @BiddyEarly on this pic of Jamie Dornan at the Irish Open. 50 Shades of Fore-play? pic.twitter.com/axbAYYugvK

Jamie Dornan either has a golf ball in his pocket or he's VERY much enjoying this morning's #REPUBLIC2FM ? pic.twitter.com/oUj8nkxyht

Is that a golf ball in his pocket? Most likely, yes.

Do people care? No. Not one little bit.

This is pretty much what that eggplant emoji was created for, right?

And it would appear that Jamie knows exactly what he is doing with his, eh, equipment...

Now for the real question.

How does Jamie's pic compare to this iconic photo-shoot of Marty Whelan from back in the day, which comes with a similar, ugghh, visual magnet? 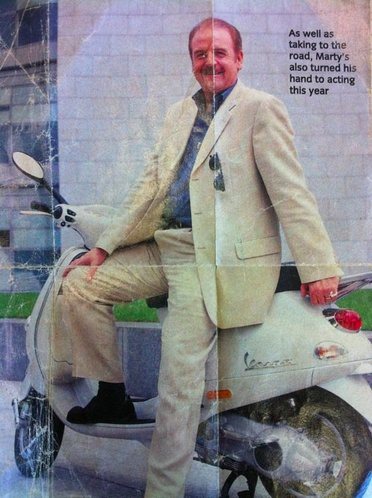