Joe Exotic has responded to Carole Baskin's resurfaced claims that her ex-husband has been found alive, saying that he's willing to bet his life on the fact Don Lewis is dead.

The disgraced TV star, real name Joseph A Maldonado, shared his views about Lewis on Facebook after a resurfaced interview with Baskin, from November 2021, made headlines on Thursday. 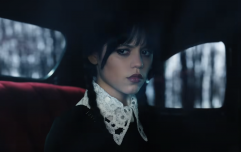 END_OF_DOCUMENT_TOKEN_TO_BE_REPLACED

In it, the animal rights activist claimed the US Department of Homeland Security had been in contact with Lewis and had known his whereabouts for years. Baskin said Lewis was in good health and living in Central America.

Lewis was the source of much speculation in the Netflix series Tiger King, with Exotic continually suggesting that Baskin could have had something to do with her ex's disappearance. In a Facebook post on Thursday afternoon, where he also shared a New York Post article on Baskin's claims, Exotic announced, "If Don Lewis is alive, I will voluntarily go on death row."

Exotic urged reporters and the public to 'put your crack pipes down and use some common sense', then continued to attempt to advance his theory that Baskin was behind Lewis' disappearance.

'Alive and well in Costa Rica'

"One of the really exciting things that came out of Tiger King 2 is that they produced a letter from Homeland Security and it says that a special agent in charge with the FBI at Homeland Security reached out to the sheriff’s detective George [Jorge] Fernandez, which means this had to have happened after 2002, because Homeland Security wasn’t even around until 2002."

She added: “They said that my husband, Don Lewis, is alive and well in Costa Rica.”

END_OF_DOCUMENT_TOKEN_TO_BE_REPLACED

When asked if she was surprised he was alive, Baskin replied: “I didn’t think he was capable of supporting himself. He took about a million dollars down to Costa Rica, I had agreed to let him do that so he could prove to himself that he could make a living.”

However, Baskin added that the balance dwindled to $80,000 as his "investments were so bad".

TMZ posted a screenshot of what looked to be a document from the Department of Homeland Security confirmed Lewis was "alive and well".

“[Redacted] has learned that Don Lewis is currently alive and well in Costa Rica,” the letter said.

“S/A [redacted] has learned that Lewis has loaned money to various individuals in Costa Rica and could live quite well on the interest earned from these loans.

“Lewis could reside in Costa Rica indefinitely. This investigation will be closed.”

Fact-checking site Snopes dug into the claim and, at the moment of writing, says it's "unproven" whether Lewis is alive.