That was our gut response when we first clocked the title of Justin Timberlake's upcoming auto-biography.

He's already had a bit of a shitty 2018: his album Man Of The Woods was terrible, and did you even know he already released the first single to the follow-up album? We're betting you didn't, because pretty much everyone flat-out ignored it existed: 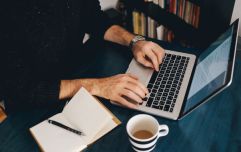 END_OF_DOCUMENT_TOKEN_TO_BE_REPLACED

Plus, did you know he was in a movie this year with Kate Winslett? Because he was. It was released here in March, but nobody went to see it because it was directed by Woody Allen, and Wonder Wheel, which cost $25 million to make, ended up with $15 million at the worldwide box office.

In a statement via publishers Harper Collins, Timberlake said of the book that: "I can’t help that my music shows who I am in this moment, what I’m drawn to, what I’m wondering about. I don’t want to help it.

"What you hear in the words, what you feel in those songs — that’s what I was feeling when I wrote them. I want you to see me, just like I want to see you." 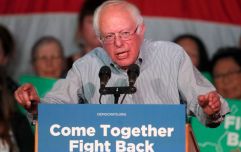 END_OF_DOCUMENT_TOKEN_TO_BE_REPLACED

Following up on that, Harpers Collins themselves had this to say:

"Justin discusses many aspects of his childhood, including his very early love of music and the inspiration behind many of his hit songs and albums. He talks about his songwriting process, offering the back story to many of his hits.

"He muses on his collaborations with other artists and directors, sharing the details of many performances in concert, TV comedy, and film. He also reflects on who he is, examining what makes him tick, speaking candidly about fatherhood, family, close relationships, struggles, and his search to find an inner calm and strength."

(cut to: everyone jumping to the chapter where he talks about his break-up with Britney)

Hindsight & Oh My God This Title Has So Many Words will be released on Tuesday 30 October.

The Big Reviewski || JOE · The Big Reviewski with Dune, a mini-Hangover reunion & the best of Timothée Chalamet
popular
Alec Baldwin fatally shoots woman with prop gun on movie set
HBO announces a new Sopranos series is in the works... kind of
Two Gardaí assaulted during protest in Dublin City Centre
QUIZ: Can you name all the countries beginning with L?
CONFIRMED: Nightclubs to open at 100% capacity, 11.30pm curfew has been removed
Here's the lineup for this week's Late Late Show
"It’s obvious these guidelines were issued by Government without any meaningful consultation with the hospitality sector."
You may also like
3 years ago
Author of book titled How To Murder Your Husband arrested for murdering her husband
4 years ago
The director of Big Little Lies has a new show from the writer of Gone Girl
4 years ago
WATCH: Dave Grohl tells hilarious story of the time his Mum embarrassed him on stage
6 years ago
Video: Bryan Cranston reads a page from Adam Mansbach's new book 'You Have to F**king Eat'...
7 years ago
Roy Keane reveals how Martin O'Neill rescued him "from a dark place", plus what happened with the Celtic job
7 years ago
Updated Alex Ferguson autobiography due out in October
Next Page