You've got to feel bad for the guy...

Regardless of which side you support, it's hard not to feel for the Liverpool keeper after his two catastrophic mistakes gifted Real Madrid their first and third goals in Kiev.

After gathering an innocuous ball over the top, the Liverpool keeper tried to roll the ball out to his defenders but Karim Benzema intervened to score the easiest goal of his career.

It was absolutely shocking and Karius' night didn't get any better, because then THIS happened...

This is nightmare stuff... Absolute stuff of nightmares. The cup is Real's #UCLFINAL pic.twitter.com/S1kwURJWVd 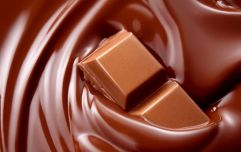 END_OF_DOCUMENT_TOKEN_TO_BE_REPLACED

It was enough to prompt a knife-twist from Gary Neville, who tweeted:

"They thought they’d conquered Europe, Celebrating six, Thank You Gareth Bale,  Made them look like D@@@@, The Twenty Sixth of May , Always in our heart , United won the Treble, The Scousers fell apart , Allez Allez Allez."

Karius has clearly had a rough night, and he eventually took to Twitter on Sunday (May 27) afternoon to write a note of apology to the Liverpool fans:

Haven’t really slept until now... the scenes are still running through my head again and again... I'm infinitely sorry to my teammates, for you fans, and for all the staff. I know that I messed it up with the two mistakes and let you all down... pic.twitter.com/w9GixPiQDC

...As I said I'd just like to turn back the time but that's not possible. It's even worse as we all felt that we could have beaten Real Madrid and we were in the game for a long time...

...Thank you to our unbelievable fans who came to Kiev and held my back, even after the game. I don't take that for granted and once again it showed me what a big family we are. Thank you and we will come back stronger.

Perhaps unsurprisingly, the responses have been... lets say, less than kind.

Maybe in time fans will come to forgive him, but we imagine it will be a long time before this match is forgotten.

popular
Kirstie Alley: Cheers star dies aged 71
Amazon Prime Video has just added 38 very big movies to its library
The Banshees Of Inisherin is arriving on Disney+ sooner than you might expect
Mia Khalifa claims seaside town is better than Miami
Woman hit by rollercoaster is trapped in own body after finally awaking from coma
Simpsons writer has explanation for the show being able to predict so many major events
Dissection of a woman's body to be shown on Channel 4 tonight in TV first
You may also like
2 weeks ago
Will Ferrell is looking for someone to put him and his mum up in Liverpool
3 months ago
Nine-year-old girl shot dead in Liverpool
6 months ago
Merseyside police defend ‘exemplary’ Liverpool fans tear gassed by French police
1 year ago
Police issue warning over CCTV footage of Liverpool bomb explosion
1 year ago
Liverpool bomb declared a terrorist attack as police confirm fourth arrest
1 year ago
Liverpool bomb: Taxi driver "locked bomber inside car" after spotting explosives (Report)
Next Page